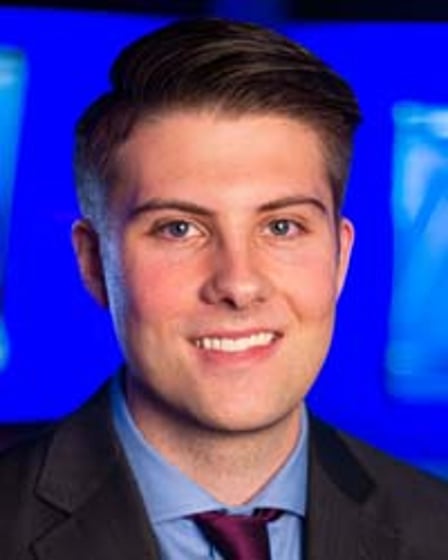 Jackson Overstreet is one of the newest additions to the KAKE News team.  Jackson is a Colorado native and has traveled throughout the United States.

Jackson graduated from Pepperdine University in Malibu, California, before heading out east to start his career with WNBJ in Jackson, Tennessee in 2017.  At WNBJ, Jackson helped launch the station's news product, including newscasts at 6 and 10.  While there he covered everything from historic flooding on the Tennessee River to a statewide governors race in 2018.  Jackson was looking for a greater challenge and joined the KAKE News team in February of 2020. His goals here are to make sure everyone in KAKEland gets a chance to have their voice heard in the stories he tells.  Jackson hit the ground running covering everything from breaking news to feature reports.

When Jackson isn’t covering news he enjoys going to the movies, reading a good book and cheering for this home town teams.  He loves the city of Wichita and says “it’s home.”  Jackson says Wichita has so much to offer and is pleased to be a part of the KAKE News team.