Prohibition began 100 years ago, and its legacy remains 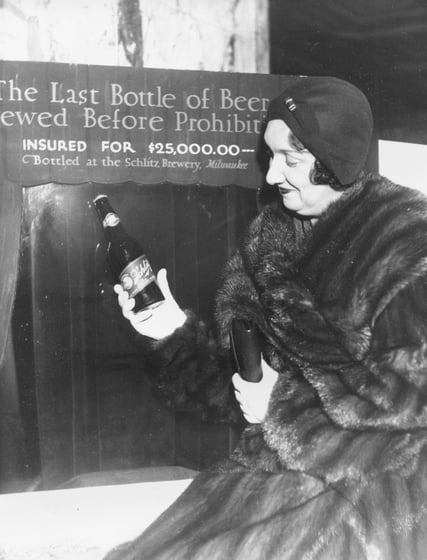 In this Dec. 29, 1930, file photo Rae Samuels holds the last bottle of beer that was distilled before prohibition went into effect in Chicago.

And in a time of heightened racial divisions, Prohibition offers a poignant history lesson on how the restrictions targeted blacks and recent immigrants more harshly than other communities. That treatment eventually propelled many of those marginalized Americans into the Democratic Party, which engineered Prohibition’s repeal.

”Prohibition had a lot of unintended consequences that backfired on the people who worked so hard to establish the law,” said Harvard history professor Lisa McGirr, whose 2015 book “The War on Alcohol” examines Prohibition’s political and social repercussions.

“It helped to activate and enfranchise men and women who had not been part of the political process earlier,” she said. “That was not the intention of Prohibition supporters.”

Ratification of the 18th Amendment in 1919, which set the stage for Prohibition’s launch a year later, culminated a century of advocacy by the temperance movement. Leading forces included the Women’s Christian Temperance Union, the Anti-Saloon League and many Protestant denominations. Prohibition supporters assailed the impact of booze on families and the prominent role that saloons played in immigrant communities. 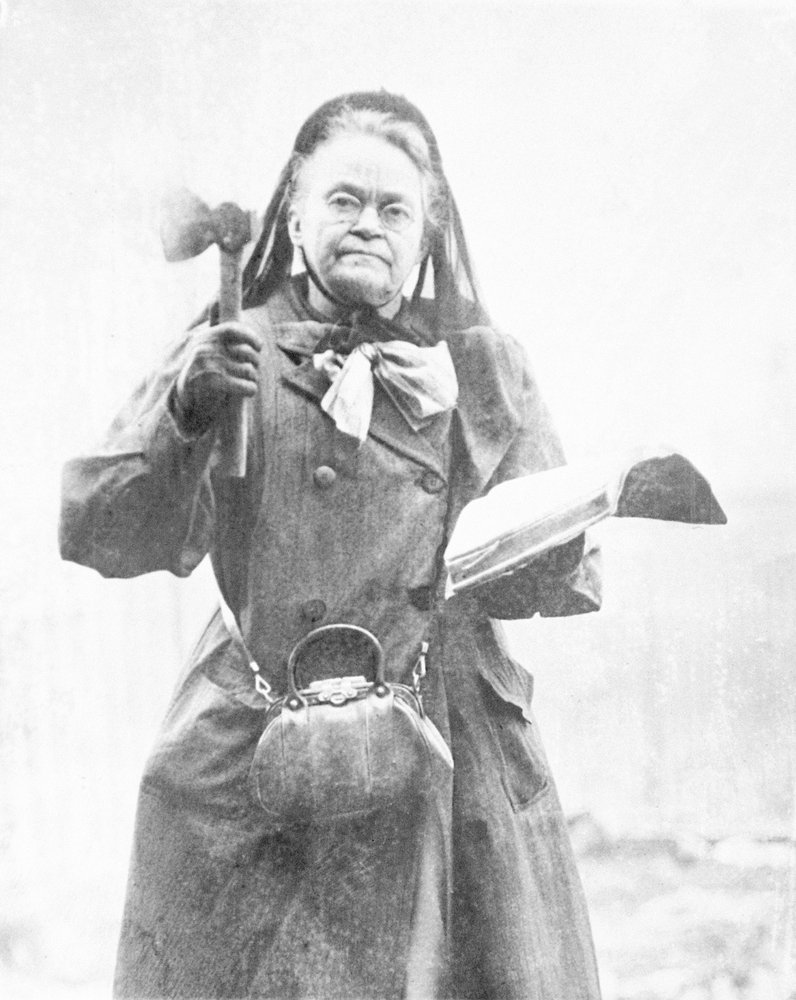 Temperance leader Carrie Nation wields her hatchet and bible in 1910. Nation has destroyed more than a few saloons with her hatchet. (AP Photo)

By the time the constitutional amendment was ratified in January 1919, many states had enacted their own prohibition laws. That October, Congress passed a law detailing how the federal government would enforce Prohibition. It was known as the Volstead Act in recognition of its foremost champion, Rep. Andrew Volstead of Minnesota. The law banned the manufacture, sale and transport of any “intoxicating liquor” — beverages with an alcohol content of more than 0.5%, including beer and wine.

Statistically, Prohibition was not an utter failure. Deaths from alcohol-related cirrhosis declined, as did arrests for public drunkenness.

McSorley’s Old Ale House, established in New York in 1854 and still flourishing as one of the city’s oldest bars, never closed during Prohibition. Ostensibly, it served “near beer” with permissibly low alcohol content, but in fact produced a strong ale from a makeshift brewery erected in the basement.

“It wasn’t a near beer. It was McSorley’s ale,” said the pub’s manager, Gregory de la Haba. “At least once a week, people ask, ‘What did we do during Prohibition?’ And my reply, ‘We made a ton of money.’’’

The federal government, as well as state and local authorities, spent huge sums on enforcement yet never allocated sufficient resources to do the job effectively. Bootleggers awash in cash bribed judges, politicians and law enforcement officers to let their operations continue.