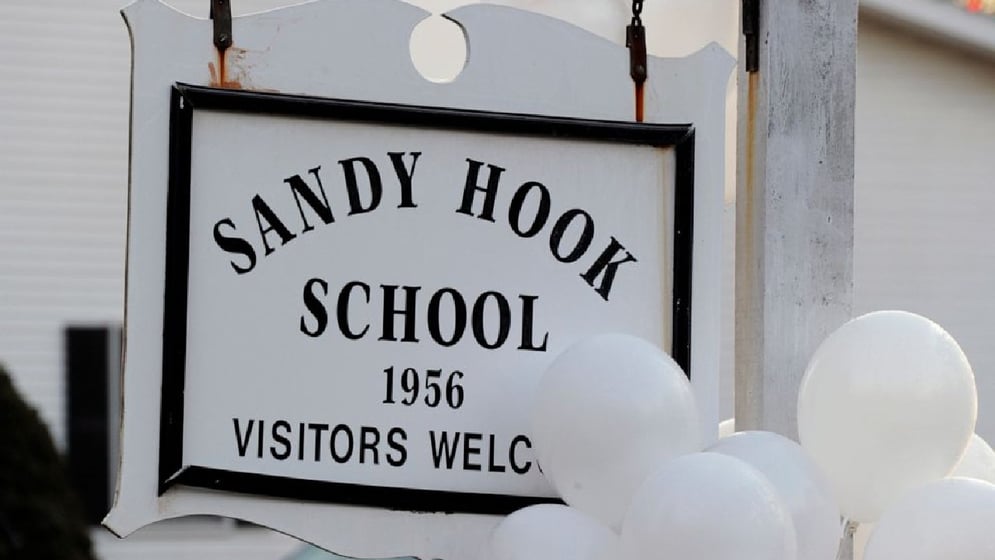 A Wisconsin man who claimed that the 2012 Sandy Hook school shooting never happened was ordered to pay $450,000 to the father of a boy killed in the massacre.

Lenny Pozner, whose son, Noah, was killed in the shooting at the Connecticut elementary school that left 26 dead, filed a defamation lawsuit against James Fetzer in November 2018.

On Tuesday, a Dane County jury decided on the amount Fetzer must pay Pozner, according to one of Pozner's attorneys.

Fetzer co-authored a book titled "Nobody Died at Sandy Hook." In it, he argued that the shooting was a hoax meant to promote gun control. Fetzer has made similar claims on his website.

A judge ruled in June that Pozner was defamed by claims made in the book, including that he fabricated copies of his son's death certificate, the AP reported. (Pozner filed a defamation lawsuit against the book's other author, Mike Palecek, but it was dismissed, according to court records. Palecek reportedly reached an out of court settlement with Pozner last month.)

Fetzer maintained his position Tuesday in a statement to ABC News, calling those who died in the shooting "alleged 'victims'" who had their death certificates fabricated. He also said the law was used against him "as an instrument of oppression."

He plans to appeal.

Pozner thanked the jury "for recognizing the pain and terror that Mr. Fetzer has purposefully inflicted on me and on other victims of these horrific mass casualty events, like the Sandy Hook shooting," according to the Wisconsin State Journal.

Emily Feinstein, one of Pozner's attorneys, said the team was very pleased with the outcome. She also applauded Pozner's courage for testifying in the two-day trial, which was attended by many supporters of Fetzer.

"I can't even imagine how hard it was for our client," Feinstein said.

Pozner created his nonprofit, HONR Network, to end the continued harassment he said he faced online from people claiming Sandy Hook was a hoax.

"People like Fetzer who hide behind their computer screen and terrorize people grappling with the most unimagined grief were put on notice today … We will continue to stand up for our rights to be free of your attempts to use our tragedy and our pain to line your pockets or gain internet 'likes,'" he said in a statement back in June.

It is not the first case the courts have seen in regard to Sandy Hook conspiracy claims.

Controversial InfoWars radio host Alex Jones was ordered by a Connecticut judge to pay some of the legal fees of a Sandy Hook relative whose lawyer he verbally attacked on his web show, the AP reported.