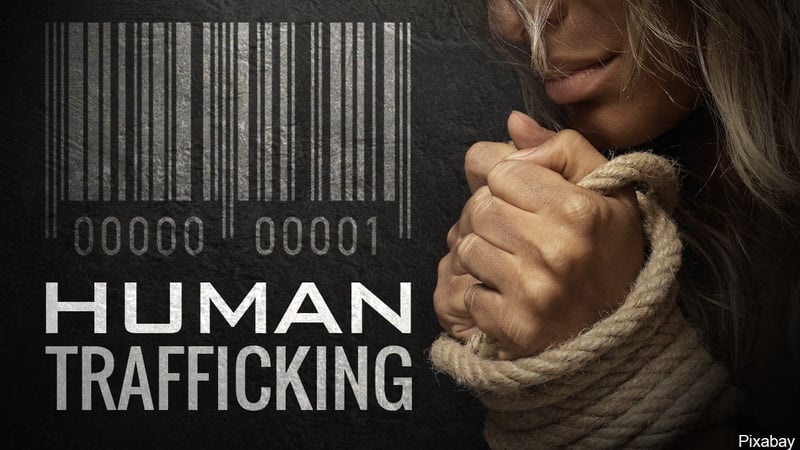 People of all backgrounds are vulnerable to becoming victims of human trafficking, but some folks may be more at risk than others. Trafficking can come in many forms, but the most common are sex trafficking, forced labor and debt bondage, according to the Human Rights Commission.

According to the National Center for Missing and Exploited Children, of the 23,500 endangered runaways reported to it in 2018, it's believed that one in seven falls into the hands of a sex trafficker. In 2019, NCMEC responded to 10,719 possible reports of child sex trafficking. Some children and adults in our Missing in Kansas series are victims of trafficking.

A number of factors can make a person more susceptible to trafficking, Wichita State University’s Center for Combating Human Trafficking shares in a blog.

“Trafficking exists. Trafficking is very real. It's harmful, and it's painful,” said Dr. Karen Countryman-Roswurm, founder and director of CCHT. “We want to prevent it for sure. We absolutely want to do a better job intervening and in situations of trafficking, but more than anything, we want to cast a vision for survivors in our city, that they're not broken. They're not damaged. They were created with a measurable value and purpose. They have an opportunity to step into the life that they were created to have, right? So, I think that we have to really be careful in our messaging when we're going out to help, that we're simultaneously creating a context that empowers people, and doesn't cause them to feel broken.”

Organizations like CCHT focus on not just recovering survivors, but also building them a solid life after. That long-term after care includes things like an education, support and job opportunities. They also meet with youth in local schools to help educate and prevent them from becoming a victim.

The group was named a KAKE News "Wins for Kansas" last summer, and they continue to move forward -- hoping to change things for the better.

No matter the type, the Department of Homeland Security shares some common signs of someone being trafficked. Some of those warning signs include:

You can report human trafficking to federal law enforcement at (866) 347-2423. You can also submit a tip to www.ice.gov/tips