Winfield native, soldier was at base attacked in Iraq 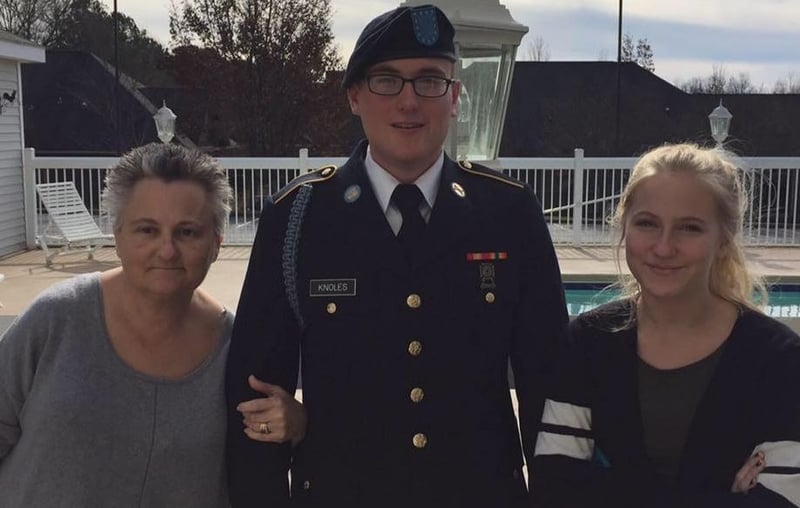 When Iran’s missiles struck Al Asad Air Base in Iraq, Sergeant Eric Knoles was almost too close to one of the explosions.

“It was scary at first but we both knew we had a job to do,” said Specialist Eric Knoles. “Manning the tower, keeping eyes front, focus on that and not focusing on everything happening behind us.”

Just feet from a detonation, he suffered a minor concussion. And when news of the strike broke – his parents in Winfield anxiously waited to hear from him.

“I found out from my brother calling me and telling me that Iran had shot missiles in Iraq,” said Mark Knoles, the Specialist’s father.

His mother said she panicked.

“When you find out, you’re just frantic,” Michelle Knoles said. “You text him because you can’t call him.”

Eventually, he did respond and told them he was fine. The Specialist graduated years ago and went to basic the following fall. He was set to leave the Army this month but found out his infantry was going to Iraq.

His parents said he refused to leave them behind.

That patriotism and even that country was familiar to them. Because Specialist Knoles’ father also served there in 2004 and 2005.

“There were three gates coming into the lot and I ran one of them,” he said. “I had a command detail and we ran 24/7.”

A military family grateful their son is okay and full of pride for the work he’s still doing.