Newest round of WPD recruits break record for most female participants 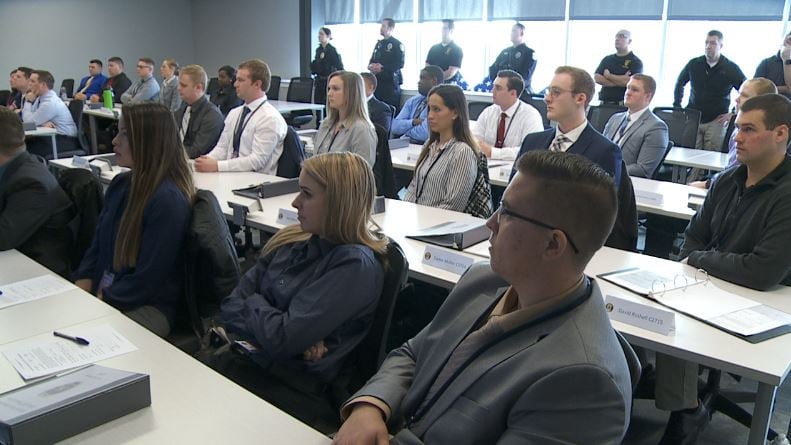 A new round of police recruits started class Tuesday at the Law Enforcement Training Center… But this group is setting new records for Wichita.

In a historically male dominated workforce, 12 of the 34 new recruits for the Wichita Police Department are female, setting an all time record for the city.

“I just believe that it’s our time. I just want to change one person’s perspective out on the street from them viewing a police officer as a bad guy, as a good guy,” said Vanessa Campos, a new police recruit.

Campos has lived in Wichita since she was 9 years old. She received her masters degree in Sports Management from WSU, and after working what she thought was her dream job, decided it was time for a big change.

“I was happy, but I wasn’t content. I felt like I could do more. Give more,” said Campos.

Alongside 11 other women, Campos geared up and took on the first day of Police Academy.

The previous record for female recruits was 8, which was set in 2011.

Sergeant Jeremy Vogel said this is an exciting and important milestone for the department as they continue to improve and diversify the force.

“It’s that motherly instinct. As a male, I don’t have that. And females have that, and that’s a great asset and sometimes I think it really helps into helping diffuse a situation,” said Vogel.

With 2 of the 3 Deputy Chiefs in Wichita being female, Vogel says he hopes this movement instills one message in anyone who is thinking about joining the force.

“If they can do it, why can’t I do it. There’s no reason why I can’t. I want to be able to make a difference in my community,” said Vogel.

If you would like to apply to be a police officer, you can start the process on their website.

“It’s pretty awesome. I’m going to brag to my friends and tell them that we’ve made an impact,” said Campos.