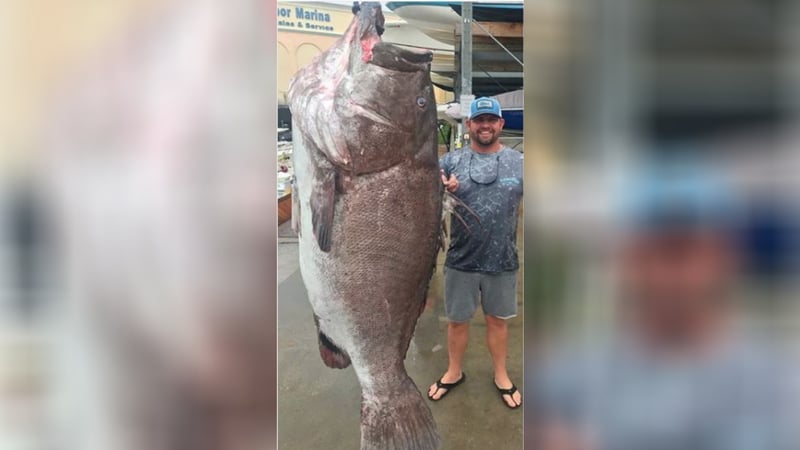 A man who was fishing off the coast of southwest Florida reeled in a 350-pound Warsaw grouper that marine biologists from the Fish and Wildlife Research Institute in St. Petersburg, Florida, estimated was 50 years old.

The Florida Fish and Wildlife Conservation Commission posted a photo on Instagram of the fisherman standing next to the oversized grouper for scale and wrote in the caption that it was caught with a hook-and-line in approximately 600-foot deep water on Dec. 29, 2019.

The whopping catch also made history for the FWC ageing program as the oldest sample ever collected.

The researchers harvested its otolith, also known as an "earstone," which is a hard, calcium structure behind the brain of the fish that they said was "extremely valuable" to help determine its age.

"Warsaw are characterized by an elongated second dorsal spine," FWC wrote. "They’re the only grouper with 10 dorsal spines; all others have 11. Although adults usually occur in depths of 180 to 1,700-feet, juveniles are occasionally seen around jetties and shallow-water reefs in the northern Gulf."

The Warsaw grouper population in the Gulf is unknown and the FWC said it "does not encourage the targeting of Warsaw grouper" as a result.