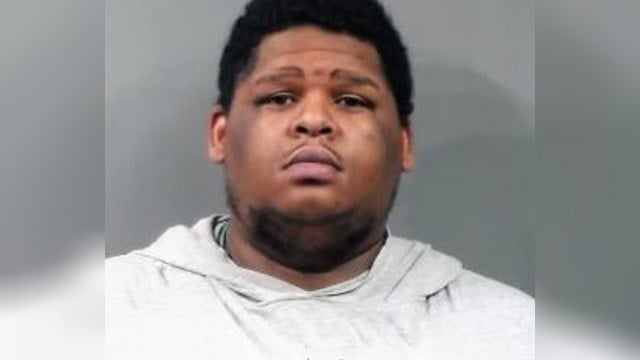 Jail records show Marlin Williams was booked Friday night for three counts of aggravated battery and is held on $250,000 bond.

Officers responded at around noon that day to assist EMS on a report of a baby boy not breathing in the 2800 block of South Emporia. Capt. Brent Allred said the child was unresponsive and remains hospitalized in critical condition.

"His injuries are very critical at this time," Allred said Monday morning.

The investigation revealed that the boy had critical internal injuries and previous injuries. The child's twin sister also had a healing broken femur and remains hospitalized.

Capt. Allred said a 1-year-old boy and 2-year-old girl were not hurt and taken into police protective custody. Williams is the father of all four children.

The investigation is ongoing and will be presented to the district attorney's office. Allred said the mother was not at home when the incident occurred, and it's unclear if she will face charges.

"We're hoping and praying for the best for this young man and his sister," he said.

Wichita police are investigating a second child abuse case that happened Friday. A 9-month-old girl in that case is also in critical condition.

"It's very well possible that these two could turn into a child fatality," Allred said.