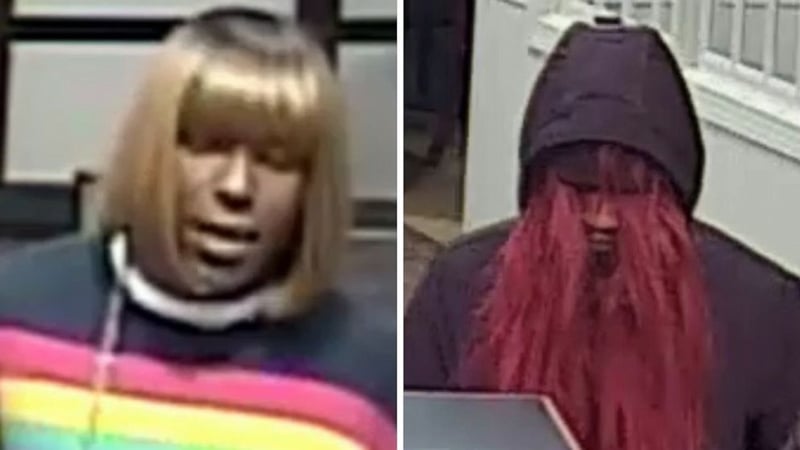 Federal authorities are searching for a bank robber dubbed the "Bad Wig Bandit," who is targeting banks in North Carolina.

The man is believed to have robbed three banks in the Charlotte area in the past few weeks, wearing a different wig during each crime, FBI officials said Thursday.

During the first robbery -- on Dec. 13, 2019, in Huntersville -- the suspect wore a blonde wig, a multi-colored shirt and high heels, according to the Huntersville Police Department.

As he walked into the second robbery -- on Jan. 7 in Belmont -- the suspect clearly wasn't trying to blend in, sporting a long, red beard and a hood over his head.

The third robbery was just hours later in Gastonia, during which he wore a more subdued disguise.

Do you recognize this suspect? The Bad Wig Bandit is believed to have robbed 3 banks in 3 weeks in NC. @GPDNC @HPDNC #BelmontPolice

Do you recognize this suspect? The Bad Wig Bandit is believed to have robbed 3 banks in 3 weeks in NC. @GPDNC @HPDNC #BelmontPolice pic.twitter.com/A0duwj4JrK

The FBI said it's assisting the Huntersville, Gastonia and Belmont police departments.