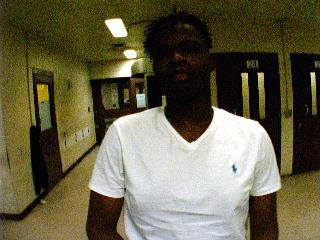 Wichita police have arrested an 18-year-old female and a 16-year-old boy in connection to armed robberies and a carjacking.

The first incident happened at around 10 a.m. Thursday. Officer Kevin Wheeler said an 18-year-old man was selling his iPhone and met Beans on social media about the sale. They agreed to meet in person at a home in the 1600 block of North Grove.

Once there, the victim said Beans displayed what appeared to be a handgun while looking at the phone. The victim ran to his vehicle, left and contacted police.

Then at around 12:40 p.m., officers responded to a carjacking at 17th Street North and Poplar. A 35-year-old woman was contacted on social media about selling her phone. She agreed to meet in a parking lot.

Officer Wheeler said Beans and the 16-year-old suspect approached the woman's pickup and ordered her and two 15-year-olds out of the vehicle. The woman was then pulled from the vehicle and battered, and the suspects fled in her truck.

The pickup and two phones were later recovered in the 2300 block of East 16th Street. Through the investigation, Beans and the teen suspect were located in the 1600 block of North Grove and arrested.

Officers recovered a BB gun believed to have been used in the crimes.