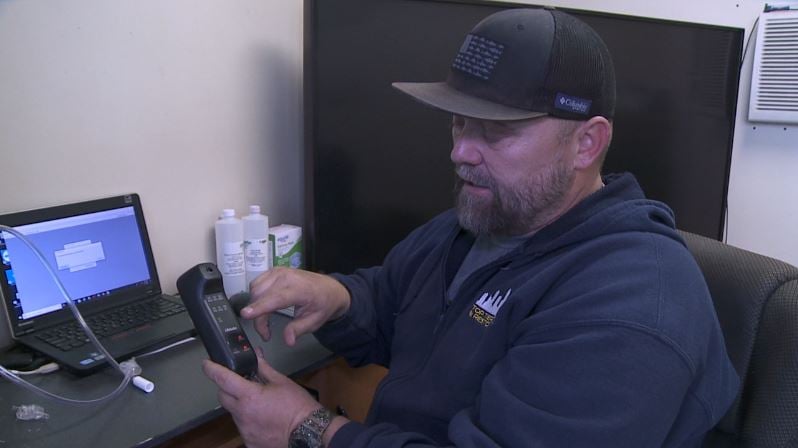 A new requirement that went into effect on Wednesday for convicted drunk drivers in Kansas hopes that it will keep people from skirting the law.

A change that Heather Hulett is especially passionate about.

"He was a very enthusiastic Harley rider. He loved it. It brought him great joy," said Hulett.

On a beautiful sunny day in January of 2017, tragedy struck for the Hulett family, when their father was killed by a drunk driver.

"If something like this law had been instituted at that time, perhaps his death could have been avoided," said Hulett, reminiscing on fond memories of her Dad, Chuck.

The new law requires all breathalyzers installed in vehicles for people with a history of DUI's to take a photo of themselves while they're blowing into the machine, making it much harder for them to falsify the results

Will White is the owner of LifeSafer in Wichita, a company that installs them. He thinks this change is long overdue.

"It's actually a great idea if you think about it. I mean we've had so many horror stories about people having their kids start it or their friends start it, and there's still someone that's getting out onto the street that's impaired and driving and could injure you, myself, our families, our children… Just anyone. And that's very unsafe," said White.

White said the installation process will be similar to how it is now, but the main difference will be on the device itself.

"If you look on the new ones they're going to have a couple of controls, you'll actually be able to take the picture, it'll start and it'll have a camera on there so while you're blowing it'll be videotaping to make sure that it is you," said White.

All future breathalyzer installations will have the new cameras and the existing ones will be required to upgrade at their next calibration appointment, which is required every 30 days.

“I think we're going to see good things come from the passing of this new law," said Hulett.

Hulett is excited about the change, and in the memory of her father, wants to share a message with anyone considering drinking and driving.

The final deadline for all installed devices to be compliant is January 1st, 2021.