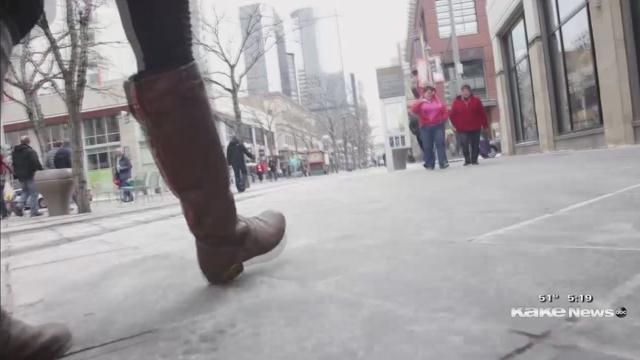 Nearly two years after the government shut down one of the biggest websites for prostitution, law enforcement continue to fight against sex trafficking.

Backpage.com was once considered a Walmart or Amazon of the sex industry, where people could find thousands of sex services listed on the classified ad website. The site fueled in popularity in 2010, when Craigslist shut down its adult services section. The new website was a go-to, with 50 percent growth almost immediately. Within eight years, Backpage hosted 80 percent of online sex ads with profits increasing to $154.8 million, according to research through Ohio State University.

Backpage’s adult services section hosted ads like escort services and massage parlors. It was considered a hotbed for human trafficking, which can lead to missing people.

The site’s creators would defend the user-posted advertisements, and said they were not responsible for any illegal activity tied to them. The company vowed to have moderators look at posts to prevent children from being exploited. However, it reportedly pushed moderators to approve the sites sex ads, as Backpage charged for those listings. According to a federal indictment, Backpage would instead alter ads so it would meet their standards for approval, like revising or removing a child’s age; this would enable the site to publish more classifieds and make more money.

Even with a focus on places like Backpage, Wichita police continue to look at sex crimes on the streets. In the summer of 2017, the Wichita Police Department launched the Broadway Corridor team to help reduce crime from Pawnee to 21stStreet and from Water to St. Francis. As of last April, the team had conducted 16 sex stings resulting in 124 arrests.

Last summer, the FBI led a month-long effort during Operation Independence Day to identify and arrest sex traffickers and recover child victims. It resulted in 103 juveniles identified or recovered and 67 suspected traffickers arrested across the country.

“The FBI is fiercely focused on recovering child victims and arresting the sex traffickers who exploit them,” FBI Director Christopher Wray said in a statement. “Through operations like this, the FBI helps child victims escape the abusive life of sex trafficking.”

While these efforts are important, the industry has shifted a lot online, Huhman said. He focuses a lot of effort online, searching for victims and perpetrators.

Before it was shut down, Huhman said he could focus a lot of time on Backpage. According to a February 2019 USA Today report, Backpage was connected to nearly 75 percent of child-trafficking reports received by the National Center for Missing and Exploited Children between 2013 and 2017.

The problem is that once Backpage was terminated, other websites came into its place – much like Backpage had when Craigslist made the change years ago.

“Everyone scattered,” Huhman said. “So instead of having one centralized location, now I've got multiple different sites that I have to look at, which has made it more difficult.”

Huhman has been with Wichita Police for nearly 20 years and has served with EMCU for seven. Backpage was based in the United States. He said many – if not all – of the newer sites are overseas; this can pose a challenge: they may not respond to law enforcement. He said some sites say they do not tolerate trafficking juveniles and vow to work with law enforcement. Some of those sites are quick to respond, if he ever asks for information.

Though the shutdown of the website is considered a success, some do fear it won’t shut down the problem. Before Backpage was taken down, 133,000 ads were posted on the site every day, USA Today reports.

Technology company Marinus Analytics reports once offline, 146,000 sex ads have been posted daily in the U.S. on other sites.

WHO IS AT RISK FOR TRAFFICKING

The International Labor Organization estimates there are 40.3 million victims of human trafficking globally. Human trafficking comes in many forms, including forced labor, debt bondage and sex trafficking. Some people at risk are those who suffer from child abuse and neglect, intimate partner violence, sexual and gang violence.

“Perpetrators of human trafficking often target people who are poor, vulnerable, living in an unsafe situation, or searching for a better life,” the CDC states online. “For example, youth with a history of abuse and neglect or who are homeless are more likely to be exploited.”

Dr. Karen Countryman-Roswurm is the founding executive director for Wichita State University’s Center for Combating Human Trafficking. Though many victims are women and girls, she said they could come from all backgrounds.

“What we oftentimes don't see or talk about are the number of children and adults who are trafficked for labor or for sex, and they're right in front of us, and particularly because of vulnerability,” Countryman-Roswurm said. “So whether that be because they're run away or they're homeless or they're undocumented – whatever those vulnerabilities are, that puts them at risk for trafficking. Oftentimes, they are right in front of our eyes and we're not seeing it because it doesn't reflect kind of the misbranded trafficking that has been so widespread across our country over the last decade.”

Some of that misbranding comes with what people see on television or in movies, where a person is brazenly taken. Cases like that do happen, but it’s often more subtle. A newer trend is where traffickers connect with youth on social media. Criminals will groom a child by becoming their friend, sending them messages like saying “you’re cute” or “I know how you could make some easy money.” They are finding a way to get into that person’s life and take control.

STORY: Some fear that end-to-end encryption may help fuel the problem, where messages would legally be kept private on platforms like Facebook.

Huhman has seen cases escalate as quickly as two days – from the moment the first message gets into a child’s inbox to when they’re being solicited for nude photographs or sex.

“It’s not this glorified Hollywood version of trafficking,” Huhman said. “When you give a kid a smartphone, or a tablet, or a computer, and access to the Internet, and social media, you allow literally the entire world, into their hands, and they can access anything at any time across the world. When there's no checks, no balance…you have no control over what they're doing. They're going to make poor choices. And that's our job as parents to make sure that we are there to not just stop that when we notice it or when we see it, but to help them beforehand to know how they should react and respond. “

The National Human Trafficking Hotline can be reached at (888) 373-7888. You can also text 233733 or chat at HumanTraffickingHotline.org