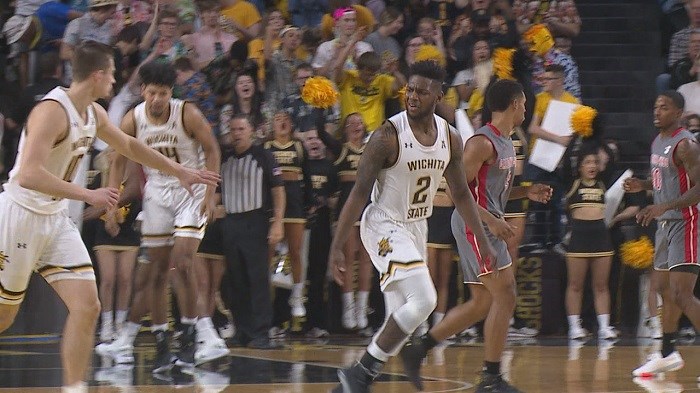 Wichita State was 7-7 through 14 games just a year ago, this season they're ranked and only have one loss. A lot can change in a year, and the Shockers are in this position because of the improvements and growth from sophomore Jamarius Burton.

Last season Burton was a liability at times on offense.

"Teams were able to camp in the lane on him, and that makes it difficult, you can't drive and you can't pass into the post and basically just dare that guy to shoot," said Wichita State men's basketball coach Gregg Marshall. "We struggled because of that."

This season when teams urge Burton to shoot. He's making them pay. Burton spent countless hours in the gym working on his shot, and he's improved his 3 point percentage from 26 percent his freshman year to 50 percent now.

"It's just a blessing," said the Wichita State sophomore guard. "To see the work that you put in and it pay off. To go from 26% to 50%, that's a tremendous leap."

"He doesn't shoot every time he touches it," said Wichita State sophomore guard Erik Stevenson. "He'll get some paint touches, a couple of up fakes, and-1s, just playing bully basketball. But you add a 50 percent 3 point clip to it, it's pretty tough."

Burton used to be hesitant, now when he picks up the dribble and rises up he does it with confidence.

"Last year was just fast paced and I was just trying to play out there and get a feel for it," said Burton. "This year I feel like the game has slowed down and I know our offense a lot better."