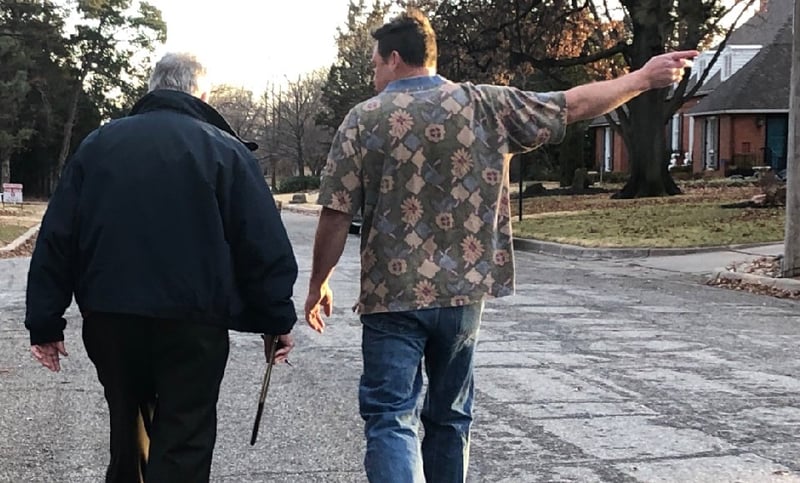 Over the last seven years, he said at least five group homes moved into the neighborhood, several of them house young men in need of a helping hand. One of the houses is home to former foster boys who have aged out of the system.

Baughman said he's not against having the homes in the area, he simply thinks there needs to be a limit to how many group homes can be established in a specific area.

"I think there is a need, I'm not against that, "said Baughman, "what I'm against is that you can't take over an entire neighborhood."

Baughman said he's concerned for his kid's safety after he caught some of the men getting too close.

"When they first moved in, the boys were literally climbing on their roof to watch my kids," said Baughman. On top of safety, neighbors are worried about property and neighborhood value going down.

Neighbors said their biggest concern is the number of group homes. There are five on one block, and they're afraid there could be more in the future with homes on the market.

"The problem is if you've got five group homes on a tiny little street that's more than a quarter of the houses in this area, it's becoming an office park, it's no longer a neighborhood," said Baughman, "I want the nice streets, I want the neighborhood, the kids be able to play, walk the dogs."

Although the group homes did not break any laws when moving into the neighborhood, Baughman is proposing a limit. He said he tried to go through the city, but now he's taking the issue to state lawmakers like Representative Helgerson.

Helgerson said he will sit down with other lawmakers in Topeka to address the issue.