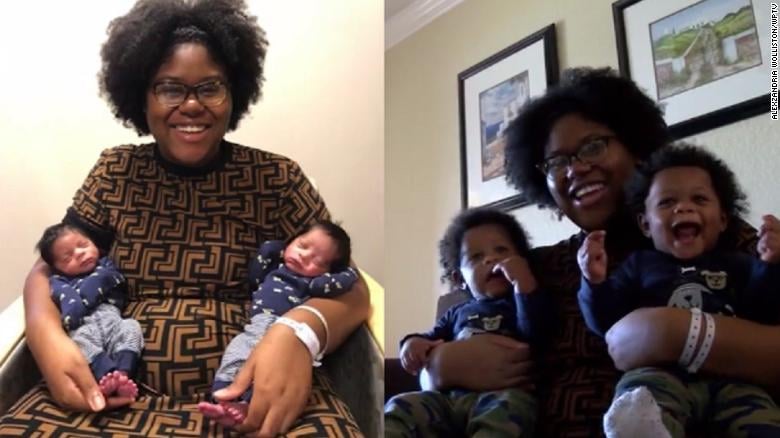 Doctors told a Florida woman she had a better chance of winning the lottery than of giving birth to two sets of twins in the same year.

But Alexzandria Wolliston said she won the jackpot with the births of Mark and Malakhi in March and Kaylen and Kaleb in December.

“Oh, yes, I feel like I hit the twin lottery,” Wolliston told WPTV.

The tired mom says her 3-year-old daughter helped her prepare for the double dose of twins.

“She was actually worse than them. so she was like having two babies in one,” Wolliston said.

Two months after the first set of twins arrived, Wolliston said she learned about the second set. They were born in West Palm Beach on Dec. 27. Wolliston said Kaleb was dismissed from the hospital on Monday and she’s hoping to bring Kaylen home soon.

She said she recently learned that both of her grandmothers lost twin boys at birth, which makes her believe her four babies are a blessing from above.

“I always say that I feel like my grandmothers gave me their kids because two sets of twins and their twins passed away,” she said. “I feel like they just sent them down for me.”