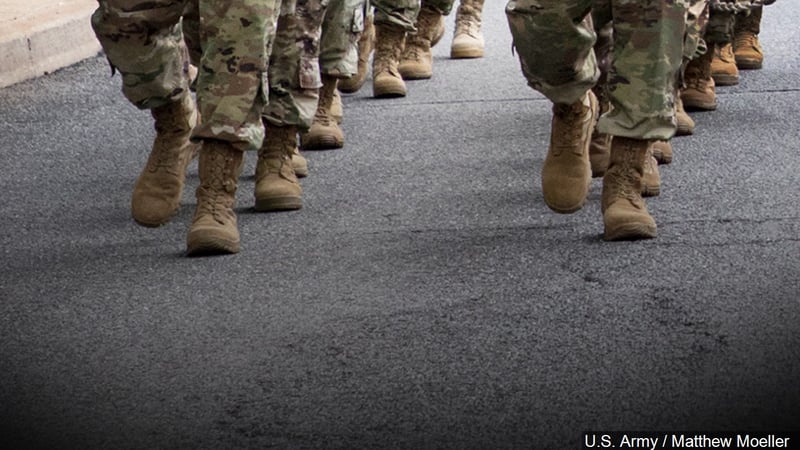 The U.S. Army advised Americans that the military is not drafting individuals by any means, including through text messages.

Texts have circulated this week alerting U.S. citizens that they have been selected for a military draft, according to a statement from U.S. Army Recruiting Command on Tuesday.

Calling them "fake," the Army said they want to make sure "Americans understand these texts are false and were not initiated by this command or the U.S. Army."

The draft was last used in 1973 during the Vietnam War. Since then, the military has been an all-volunteer force.

The statement comes amid escalating tensions between Iran and the U.S. since the killing of Iranian Gen. Qassem Soleimani, who led the Quds Force.

Soleimani was killed in an airstrike that was ordered by President Donald Trump on Jan. 2.

Iran’s Supreme Leader Ayatollah Ali Khamenei vowed a "vigorous vengeance" and said Soleimani was killed "by the hands of the cruelest of the mankind on the earth," according to a statement issued the day after the airstrike.

Iran fired more than a dozen ballistic missiles into Iraq, targeting military bases that house American troops and coalition forces at around 2 a.m. local time on Wednesday, according to Pentagon spokesman Jonathan Hoffman.

The Selective Service System, which holds a list of potential recruits in the event of a draft, said that they are "conducting business as usual" after experiencing high traffic volumes amid the tensions.

"In the event that a national emergency necessitates a draft, Congress and the President would need to pass official legislation to authorize a draft," according to a statement on Facebook.