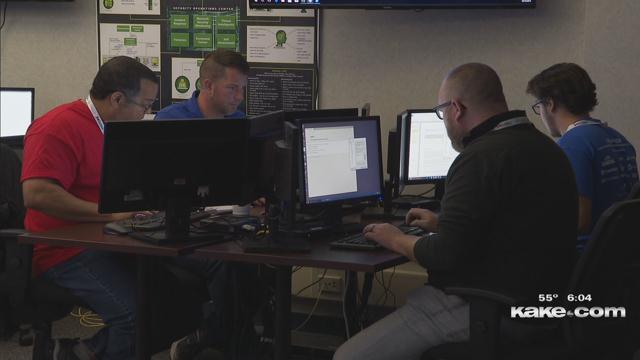 Some cities across the nation are worried about what growing tensions with Iran could mean for the country's cyber safety. Right now, Texas is seeing the majority of what could just be the start of increased attempted cyber attacks across the nation.

Information technology experts in Kansas say they're aware, but continuing business as usual.

Mike Mayta is Wichita's Chief Information Officer. He says the hacking skills of Iran's government are concerning, but it's something the city's prepared for. "Cyber attacks are common. Especially in the public sector, you look at what happened in Texas, for example."

Mayta says most attacks come through email, a practice called phishing. And hackers usually target where the most people will be affected. "That's why you're going to look at water utilities, airports, some of those things that have large impact and large news-worthy types of breeches."

The city trains its employees extensively on the dangers of cyber attacks, but Mayta says everyone is still at risk. "It really is more a matter of sharing information. So, you see something then say something. We just have to be a little more cautious than we have in the past."

There's no national emergency right now, but the public should pay more attention to detail than ever before. Mayta says businesses end all of the time from attacks just like these.