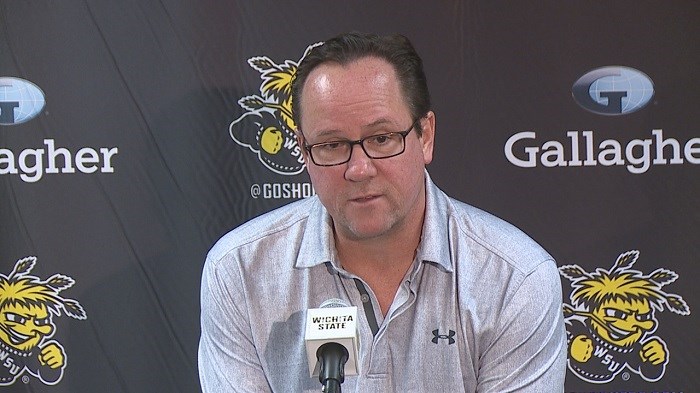 #23 Wichita State hosts #21 Memphis on Thursday in a battle of two top 25 teams. The Tigers were picked to win the American. and the Shockers are playing the best basketball in the conference right now.

"It's a great atmosphere because they're the only team in the city and everybody loves that team," said Memphis men's basketball coach Penny Hardaway to reporters on Tuesday.

"Just in the scheme of the league, this is a big game. It's very early.  So, it kind of sets the tone for who's looking up at whom," said Wichita State men's basketball coach Gregg Marshall.

"They're 13-1 and playing the best basketball in the conference, outside of us," said Hardaway. "It's a big game for them."

Memphis brings the number one recruiting class into Koch Arena.

"You're going to be seeing some pros," said Marshall.

Even without James Wiseman, who left school to get ready for the NBA, the Tigers still have four players that were top 100 recruits from the 2019 class.

"Memphis, great tradition, a proud program and a famous coach. He's probably got some players that'll be famous real soon too, as far as playing at the highest level.  We've got pros,as well, so it's a fun matchup."

Wichita State sits at 13-1 after a tough non-conference schedule.

"They've earned their respect," said Hardaway. "If we go in there and do what we are supposed to do then we'll get that respect back."

Thursday night the Shockers could make a statement early on in league play, against a team who was picked to win the AAC.

"It's big boy basketball in early January and a meaningful game. Two teams really going at it.  I think it's going to be really, really entertaining."