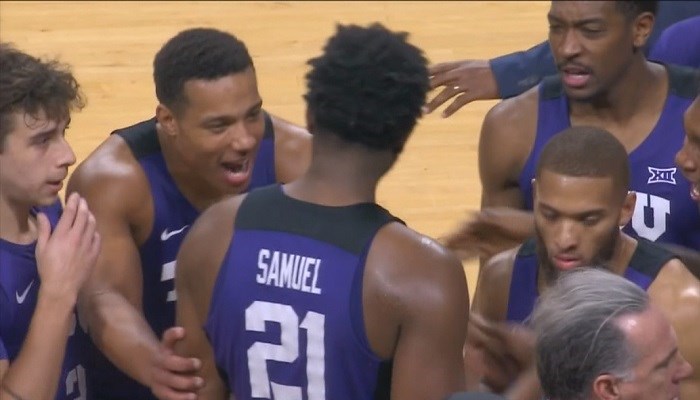 Samuel finished with 10 points and 15 rebounds to lead four players in double-figures scoring for the Horned Frogs (11-3), who are off to a 2-0 start in the Big 12 for the first time since joining the conference.