Victims of Iran plane crash hailed from around the world 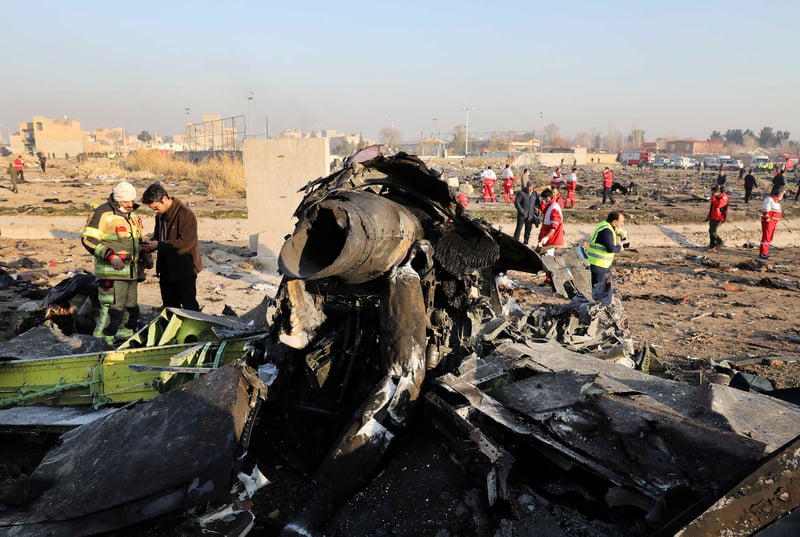 The 176 victims onboard the Ukraine International Airlines flight that crashed after takeoff from Tehran on Wednesday hailed from various countries around the world.

Among those known to have perished in the disaster was Mehdi Eshaghian, who had previously studied at Sharif University of Technology in Tehran.

Eshaghian's school friend Ali Mazaheri told CNN that he had moved to Canada in 2018 to embark on a postgraduate degree, but had been back to Iran to visit family.

Speaking soon after news of the crash broke, Mazaheri told CNN: "We are all sad. I was crying from the morning. He was going to be 25 in a week. He was kind, humble, caring."

The pair had been friends for about a decade since meeting in their second year at Safi High School in Ishafan, where he still lives, Mazaheri said.

Eshaghian had embarked on a masters degree at McMaster Automotive Resource Center (MARC) in September 2018, according to his friend. "He then changed his program to PhD on his teacher's advice," Mazaheri said. "He was happy in Canada."

A tweet from Sharif University suggested that a further 12 former students were among the dead, but their identities are yet to be confirmed.

A spokesperson for the airline told a press conference that the plane was last checked on January 6 and there have been no complaints previously in relation to the jet.

Yevhenii Dykhne, president of Ukraine International Airlines, said in a press conference at Kiev airport that most of the dead passengers were in transit to Ukraine to connect to further flights, he said.

A spokesman for the UK's Foreign & Commonwealth Office said: "We are deeply saddened by the loss of life in the plane crash in Iran overnight. We are urgently seeking confirmation about how many British nationals were on board and will do all we can to support any families affected."

Some of the dead were apparently students at the Sharif University of Technology Association in Tehran. Siamak Aram, a board member of SUTA, told CNN: "Yes, unfortunately at least 14 Sharif Alumni died."

A spokesperson for the German Foreign Office said: "The Federal Foreign Office and our Embassy in Tehran are in close contact with the relevant authorities to determine whether there were German citizens aboard the aircraft."

The country's foreign minister Heiko Maas tweeted: "We are deeply saddened to learn of the tragic crash of flight #PS752 that was headed from Tehran to Kyiv. At this difficult time, our thoughts go out to the friends & families of the victims."

Meanwhile a spokesman for Sweden's Ministry of Foreign Affairs (MFA) urged worried relatives to get in touch. He told CNN: "A number of Swedes have lost their lives in the aircraft crash in Iran. We are now working intensively to obtain clarity about the number of Swedes who have died."

The spokesman said it is doing this "onsite in Iran, through our embassy and at the MFA in Stockholm."

He added: "The MFA has decided to activate its crisis management organization until further notice. We urge worried relatives to call the MFA on +46 8 405 92 00. We urge Swedes in Iran to contact their relatives."