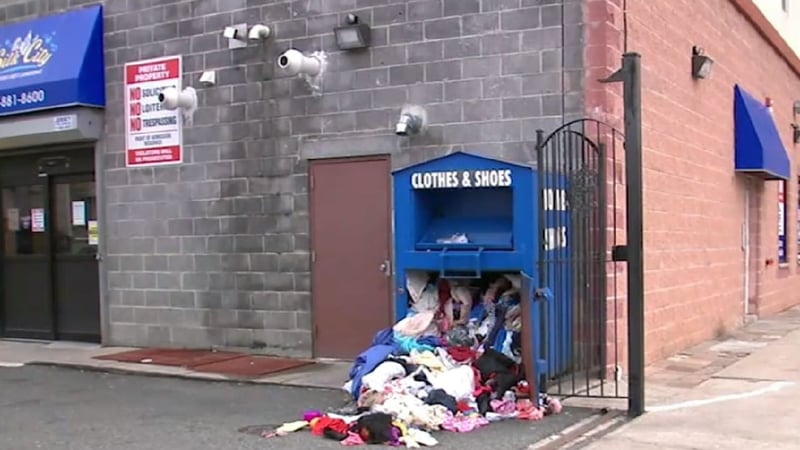 A woman has been rescued after being stuck inside a clothing donation bin for three days when a person passing by heard her screams for help.

Police in Paterson, New Jersey, responded to a call on Monday morning reporting a woman yelling from inside the clothing donation bin, according to ABC News’ New York station WABC.

The woman, who had allegedly been stuck inside the bin since Friday night, was rescued and told authorities that she was unable to move her legs and escape.

The 38-year-old woman told police that she was reaching inside the bin when somebody pushed her inside and closed the door causing her to get stuck.

Temperatures were mostly in the 40s over the weekend in Paterson but did dip as low as 32 degrees.

When she was rescued the woman was discovered to be suffering from frostbite and was taken to St. Joseph’s Medical Center to be treated.