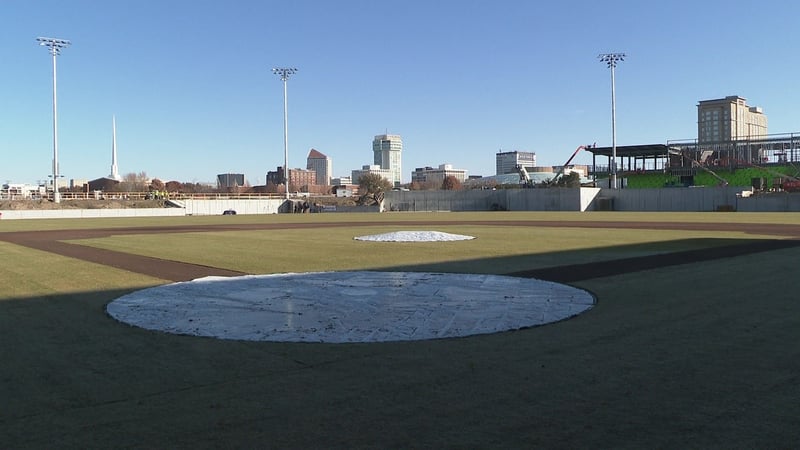 It was a morning of debate and discussion inside City Hall about Wichita's new community improvement district plan to develop the area around the city's new baseball stadium.

"I had a lot of concerns because this is an emergency ordinance so it's passing quickly," said community arts supporter Celeste Racette.

Former Sedgwick County commissioner Karl Peterjohn said, "We shouldn't have a lame duck council making a momentous decision like this."

The plan passed unanimously through emergency declaration. Wichita Mayor Jeff Longwell said it took time to set up the agreement among the city, businesses and developers.

"We were thinking that it would get to us before now," Longwell said. "So if it would have came to us in November, we wouldn't have had to have pass it with an emergency declaration."

And Longwell said passing it now wasn't in question among the council.

The proposal says they wanted to have time to tell the state that the city wanted to start the tax on April 1, around the time when the new ballpark opens. But people feel that not enough time was spent looking at the project.

"This is the second time we've had to look at it and there's just too much information," Racette said.

The CID plan will raise the sales tax by 2% in the area from North Sycamore to Main Street and from Kellogg to a corner of 1st Street. The increase will affect businesses like the Wichita Ice Center, the new stadium and apartments. It would not affect Delano.

Developers are under contract the buy the land and build inside. The funds from the tax increase will be used to pay off bonds dealing with the new stadium and develop the area around it.

"I think it's going to be a vibrant part of Delano," Mayor Longwell said. "This will do exactly what it's intended to do."

But questions still remain for the public.

However, city officials feel they are set for the future.

The city council will discuss a sales tax increase for part of Wichita Tuesday morning for a community improvement district in order to develop the area around the baseball stadium.

"I think it's the right thing to do," said Marvin Lampton, a Wichita resident in favor of the increase. "Because the stadium and baseball team is needed and the money is needed to make it work."

While Lampton supports it, others have voiced disagreement.

"I don't care for it," said Lois Stewart, a Wichita resident against the increase. "To me, the baseball stadium is something that's going to good maybe just for a couple years and then go downhill."

According to the plan, the funds from the community improvement district will go to the developers for up to 22 years. The tax would go into effect when the stadium opens in April. The city council meets Tuesday's at 9 a.m.