Oldest survivor of USS Indianapolis has died at 98 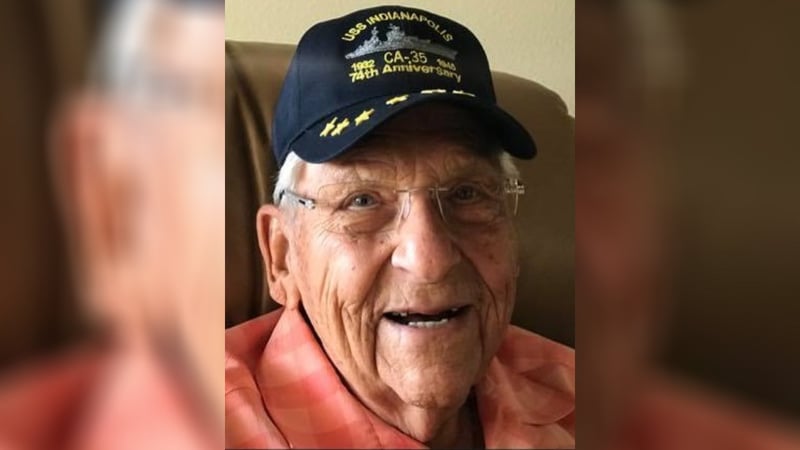 The oldest remaining survivor of the USS Indianapolis from WWII has died.

The official Facebook page for the Naval ship that sank in July 1945 under enemy fire shared the news that its last living officer, Don Howison, died at the age of 98 on Friday.

"It brings us great sadness to share that Don Howison, the oldest remaining survivor, and the last living officer of USS Indianapolis, has passed away," the post said. "Don was a wonderful man with a great sense of humor and outlook on life. Rest In Peace, sailor. You will not be forgotten."

Many replied to the post thanking Howison for his service and hailed him a "true American hero."

The USS Indianapolis, which was torpedoed by a Japanese submarine after delivering atomic bomb components, sank in 12 minutes.

To this day, the tragedy that left 880 sailors and Marines dead is known as one of the worst disasters in U.S. Naval history. Only 316 survived.

There are now just 10 living survivors.

Those who survived from the Indianapolis have shared harrowing stories about the days they spent in the water after the ship sank.

Former Marine Cpl. Edgar Harrell told the Indianapolis Star that many of the survivors were hurt, badly dehydrated and that some were killed by sharks.

The story of the USS Indianapolis has inspired books and movies, including a speech from the 1975 film, "Jaws."

Quint, played by Robert Shaw, recalls the frightening based-on true details of the speed at which the ship sank and the fight for their lives against sharks in the open water.

"700 men went into the water, vessel went down in 12 minutes. Didn't see the first shark for about half an hour," Quint says. "Our bomb mission had been so secret, no distress signal had been sent."

The remains of the Indianapolis was found resting on the floor of the North Pacific Ocean in August 2017.