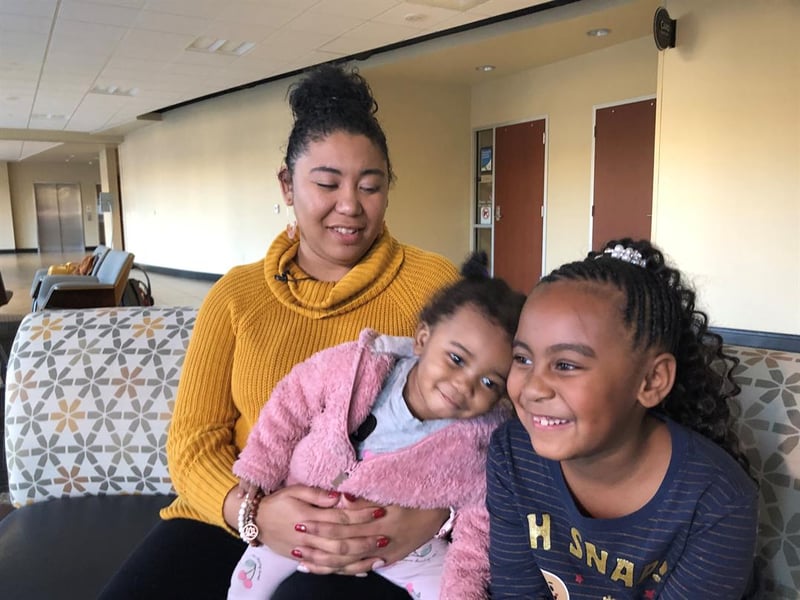 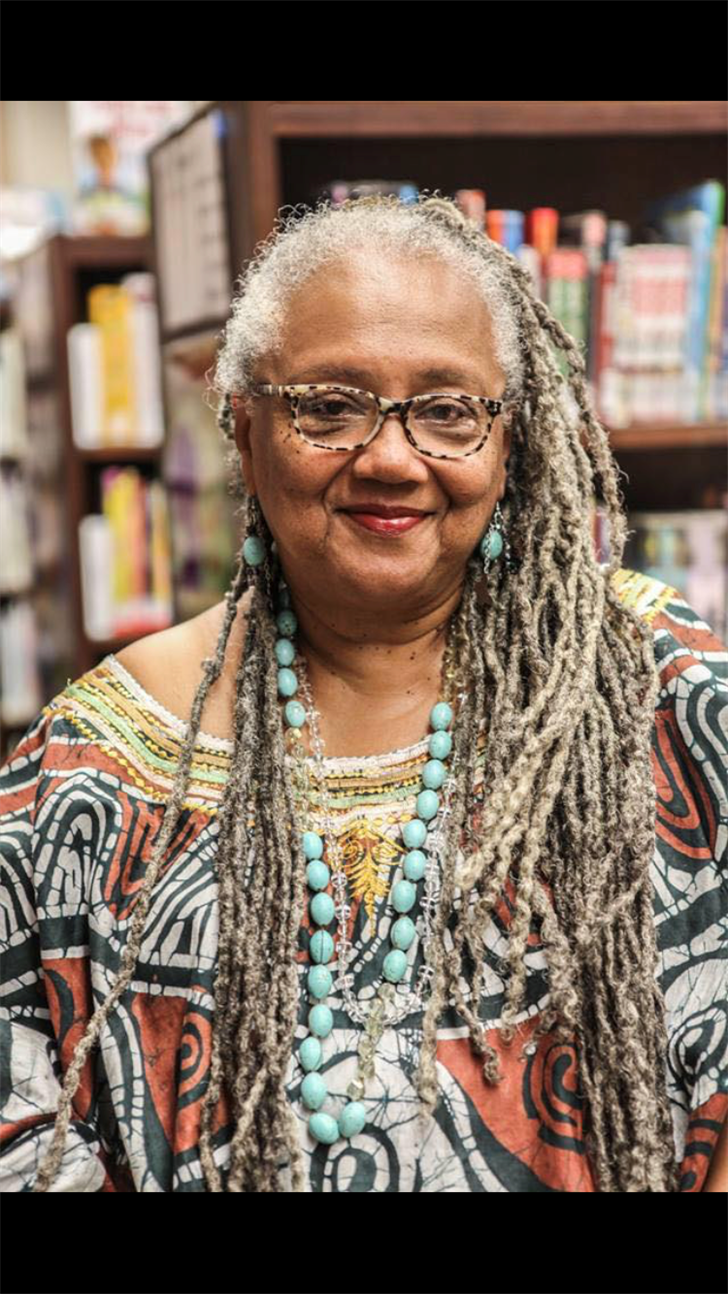 Wakeelah Mutazammil-Martinez wearing locs before her most recent cut, this last time because they were too heavy. A few years ago she cut them off when moving to Wichita because she worried about getting a job here. 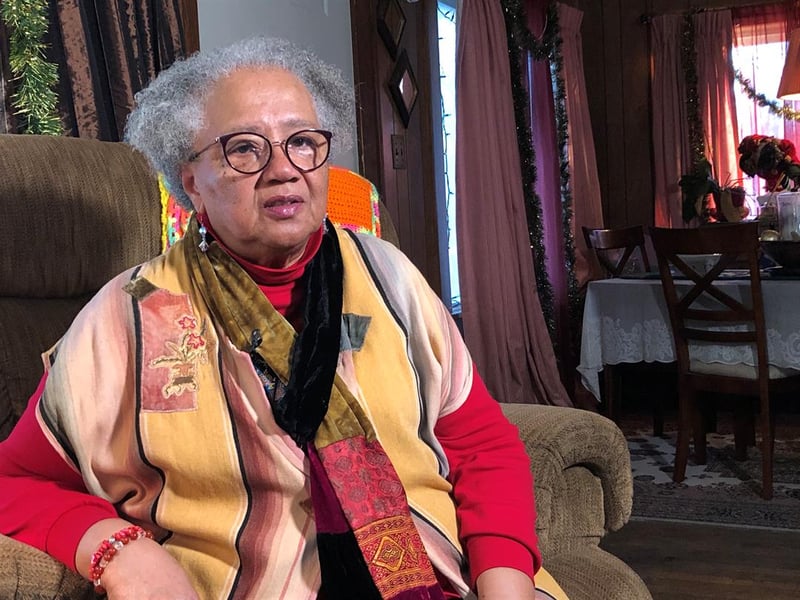 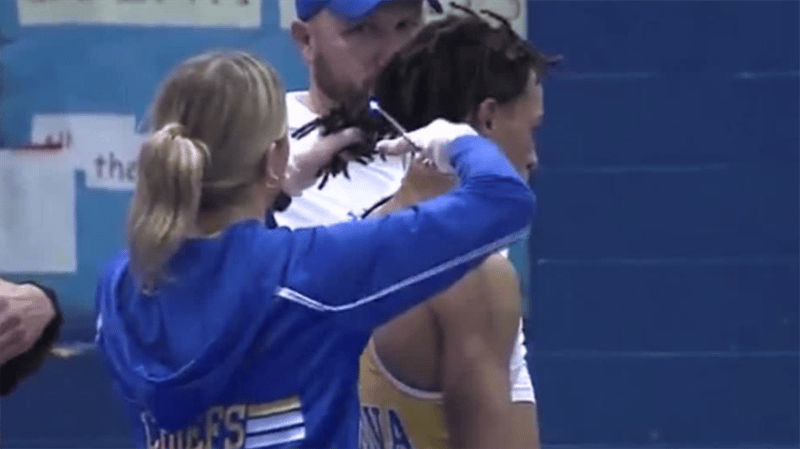 The story of a high school wrestler having to cut off his locs is what first got Sen. Oletha Faust-Goudeau thinking about this bill.
WICHITA, Kan. (KAKE) -

"Who is really hurt if I come in with a natural curl pattern in my hair? Who is threatened by that and why are we saying that that's unprofessional?" asked Danielle Johnson, a Wichita area supporter of natural hairstyles for African Americans.

Does Kansas need a law protecting African Americans who wear a natural hairstyle from discrimination?  A growing movement says yes.

Kansas Senator Oletha Faust-Goudeau has pre-filed SB 250 that would do just that by amending the Kansas Anti-Discrimination Act.

She says this bill all started when she saw the video a little over a year ago of a black wrestler forced to cut his locs in order to compete.

That video was followed by numerous stories of African Americans across Kansas discriminated against when they wore natural styles, like the case of Tyree Bayan who said he was denied a job in Kansas City because of his locs, which is completely legal under current Kansas law.

"Then I received a phone call from the director of the Kansas African American Commission," Faust-Goudeau said.  "And she said that she's been hearing from some young ladies over in the Kansas City area that were suspended from school."

Faust-Goudeau says she's already heard from African Americans, mostly women and girls, across the state who want to testify in favor of the bill.

"People are getting suspended or expelled or fired from their job or told that they can't do something because their hair is growing out naturally," Johnson agreed.

Johnson now wears her hair in a naturally curly style, though she straightened it for years.  Since going natural, she says she's gotten some negative reactions to her decision.

"There have been spaces, conferences that I have been in, where I have felt, like, the looks when I've come in and people are looking at my hair," she said.

Though she doesn't believe she's faced direct discrimination because of her hair, she says she sees a need for a law making such discrimination illegal.

So does Dr. Wakeelah Mutazammil-Martinez who's worn her hair naturally since the 1960s.

"I'm not surprised that you've got to create a law,"she said.

When she moved back to Wichita a few years ago she cut off her locs.

"The reason why I cut them off was because I did not think I would get a job here, teaching," Dr. Mutazammil-Martinez said.

She still refused to straighten her hair, saying natural hair is important to self-identity.

"Being able to recognize, in its natural scheme, how beautiful black people are if you take the masks off," Dr. Mutazammil-Martinez explained.

But many schools and businesses have dress codes that essentially bar natural hairstyles.  The argument is those styles are unprofessional and distracting.  Such dress codes, again, are completely legal under current Kansas law.

"I  think we need to look at these policies and say, 'Why are they there?' 'What purpose are they serving?' and 'Who is really hurt if I come in with a natural curl pattern in my hair?'" Johnson said.

After years of straightening her hair, Johnson made the decision to love and display her natural curls for her daughters' sake.

"I don't want my kids to say, 'Well, you always wear your hair straight but you're telling me to embrace my natural curl pattern!'" she said.  "I go as far as to buy dolls and making sure that she gets books and sees cartoons that showcase beautiful, big Afros, beautiful big curls, loose curls, tight curls.  Cause I want her to understand how beautiful she is now. And that you don't have to conform to what society is saying."

But, dress codes aren't necessarily catching up with those changing attitudes.  So, Faust-Goudeau's bill would expand the term race in the Kansas Anti-Discrimination Act to include "traits historically associated with race"  such as "hair texture and protective hair styles," including "braids, locs and twists."

Faust-Goudeau says she's spoken with other lawmakers and believes the bill will get bi-partisan support.