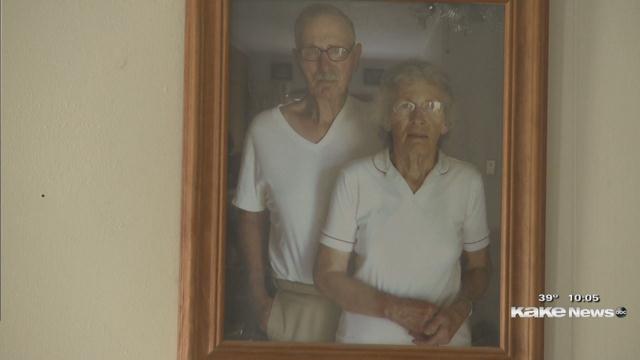 Earlier this week, KAKE News brought you a story about 86-year-old Vernon Robbins. He's mostly blind and deaf and robbers stole thousands of dollars worth of items on Monday night. Many people from the community saw the story and felt called to help.

David Bennett is one of those people. He offered to buy and install a Ring Doorbell camera at Robbins home. "So I posted on you guys' Facebook page that if he would get in touch with me, I had an extra Ring Doorbell that I would put on this guy's house."

Robbins family says he'll never be the same after the robbery, but it's people like Bennett who give him hope. "I thank everybody for their kindness, it's nice to know that there's still good people in the world."

Bennett was angry when hearing Robbins story. He takes care of his elderly mom and knew he had no choice but to step in, just like he hopes the community would do for his family. "This is somebody's parent and how would they like it if somebody did it to their parents or somebody that they loved and it's just not right."

Robbins' son will monitor the Ring Doorbell from his phone. They say the police haven't contacted them about any leads, but if you have any information, you're asked to call Crime Stoppers at 316-267-2111.