A new way to think about Alzheimer's disease 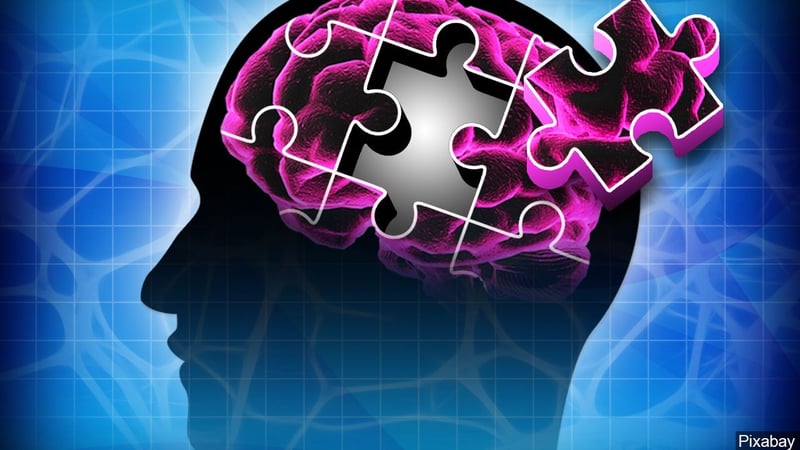 A high-powered, 64-year-old attorney came to my office because he felt his memory was failing. He forgot clients' names in mid-conversation and was losing track of important details at work. Although he seemed completely fine on my initial neurological examination, he underwent a several hours-long neurocognitive evaluation, the best way to evaluate cognition in high functioning people.

In this test, we took his brain on a demanding, cognitive test drive to assess his verbal, visual, and working memory, his language, his abstract skills, his processing speed, and many other aspects of his intellect. We discovered that although he was smarter than most people his age, scoring at the 98th percentile, he performed poorly on some tests of auditory memory, confirming his own suspicions. Because he was still functioning extremely well, I diagnosed him as having cognitive impairment -- without specifying the cause -- and put him on medications to help his memory. Over three years of annual testing however, he continued to decline on specific memory tests.

This concerned us both and my patient desired diagnostic clarification. Cerebrospinal fluid analysis revealed tell-tale amyloid plaques and neurofibrillary tangles, the fingerprints of Alzheimer's disease. So, at the age of 67, my patient now had biological evidence of Alzheimer's disease, although he continued functioning well at his law firm and few people suspected problems.

Even I, his neurologist, with 25 years of experience in cognitive neurology, could not tell from repeated conversations with him over three years that he had any real memory issues.

So, what was my verdict? Did he or didn't he have Alzheimer's disease? My answer has gotten more complicated over the years.

I needed him to understand that an individualized approach is key to diagnosing, treating, and living fully with Alzheimer's disease. For example, you could sit through dinner with another patient of mine, diagnosed with near identical spinal fluid analysis over a decade ago, discuss Yeats, Sinatra, yesterday's news and today's stocks, and leave thinking, "He has Alzheimer's? No way!"

This disconnect between pathology and clinical symptoms is a confusing conundrum not only for patients like this attorney, but also their physicians like myself. In a recent study of over 5,000 American adults between age 60 and 89 years published in JAMA Neurology, there were significantly more people with biologically defined Alzheimer's, with plaques and tangles visualized on brain-tracer scans, than there were people with clinical Alzheimer's disease, exhibiting symptoms.

Among 85-year-olds, for every three people with the pathology, only one person had symptoms. In other words, most men and women with biologically defined Alzheimer's had no symptoms. And with 40% of 80-plus-year-olds having plaques without symptoms, yet 25-50% of elders complaining of memory loss, determining what's normal and what's Alzheimer's is a difficult feat.

For one thing, the clinical diagnosis of Alzheimer's disease hinges on functioning, which depends on performance expectations, varying from a seated Supreme Court Justice to a retired postal employee. The expectation each of us has of our memory and cognitive function is based on our specific set of circumstances, so context cannot be ignored when evaluating cognitive deficits.

It is becoming clear that the association between such pathology and symptoms vary from person to person. Many factors affect the progression to Alzheimer's, in addition to genetics, including cognitive and physiological factors, and the areas of the brain that are affected. These factors are so influential that even in identical twins, symptom onset of Alzheimer's disease can vary by as many as 18 years. 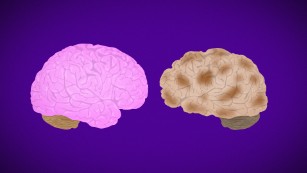 Furthermore, as I detail in a New England Journal of Medicine article, professionals, including physicians, can function competently even with clinical symptoms of Alzheimer's disease. Just as each brain is unique, so is the disease progression and continued functioning of people with Alzheimer's. Variability in the disease's course is the norm, with some people staying stable for years, even without treatment. Yet, while we know that two people with the same type of kidney disease or breast cancer progress differently, with Alzheimer's disease the overwhelming belief is that everyone ends up in a wheelchair, unable to recognize family and themselves.. While this is true in some, it is not the case for all.

A 67-year-old retired teacher with Alzheimer's disease pathology, overweight, sedentary, with emphysema from smoking, strokes and heart disease will progress very differently from my tennis-playing, 67-year-old attorney patient without any heart problems -- even if they had the same amount of plaques and tangles.

Both for instituting proper policies and for finding cures for various subtypes of Alzheimer's disease, the need is to align the grim and unvarying societal narrative with the nuanced and complex scientific narrative. Bridging this divide is crucial for destigmatizing the disease and for providing the type of tailored treatment that will bring success in treating those with clinical symptoms of the illness.

My patient satisfies biological criteria for Alzheimer's, and by some measures, clinical criteria as well. The truth is, however, that had he not had an extensive cognitive evaluation, routine testing would have found him — and continues to find him — cognitively normal.

But this man is now afflicted with what another patient of mine calls the "The Doubting Disease," the psychological consequence of any hint of an Alzheimer's diagnosis. Is his daily forgetting normal or is he experiencing symptoms of Alzheimer's? He is constantly doubting himself.

hysicians should not dismiss memory and cognitive complaints from high-functioning patients who appear normal. Proactive treatment is best, before symptoms appear. Decisions about further testing and treatment should be made collaboratively. Patients with a diagnosis must be educated about the vast spectrum that is Alzheimer's and illness variability, as well as proven methods to slow progression, including diet, exercise, and sleep.

As for my patient, he and I have agreed that he will be treated, aiming to bolster his cognition, and reduce risk factors of the disease, with a program tailored for him -- for his own private Alzheimer's disease. He continues working as a successful attorney, keeping his diagnosis a secret.