No bail for Chicago mom charged with killing 2 sons 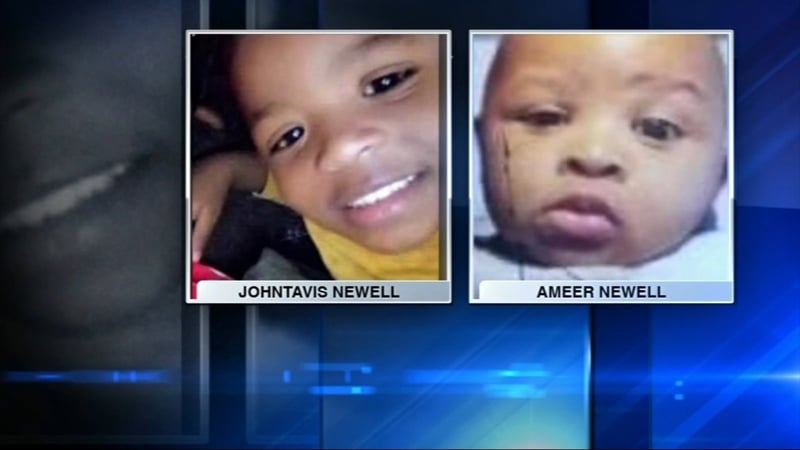 A 20-year-old Chicago woman was ordered held without bail Saturday on murder charges after police say she killed two of her young sons, leaving one in a bathtub and throwing another from an 11th-floor apartment window before jumping herself.

Aleah Newell of Chicago is charged with two counts of murder for the death of the boys, ages 2 years and 7 months. She also is charged with attempted murder for stabbing her grandfather before she jumped from the apartment building on Chicago’s South Side.

Newell did not appear at Saturday’s bail hearing because she is still recovering at University of Chicago Medical Center, a Chicago police officer testified at the hearing. Her grandfather is hospitalized in critical condition but was expected to live, prosecutors said.

Newell and her 2-year-old son, Johntavis Newell, were found on the ground outside a high-rise around 2 a.m. Thursday after police received a 911 call about a person injured on the street. Officers later found 7-month-old Ameer Newell in the bathtub of the 11th-floor apartment, along with the 70-year-old grandfather, who had been stabbed. Authorities have not released his name.

They say Aleah Newell stabbed her grandfather and Ameer Newell several times before she set the infant in a “scalding” hot bath. She then threw Johntavis out the window and jumped herself. Scaffolding broke the woman’s fall, but she suffered several broken bones, the Chicago Sun-Times reported.

Newell’s mother, Zera Newell, told the Sun-Times that Aleah Newell took her children to a women’s shelter earlier in the week and asked workers there to take her children. Zera Newell said her daughter had shown signs of depression in the past.

“I thought she was over that,” Newell said, adding that “maybe behind closed doors it was another thing.”

The Salvation Army told WBBM-TV that Aleah Newell stayed Monday and Tuesday at Shield of Hope, a Chicago homeless shelter for families, and left on Wednesday morning.

The Illinois Department of Children and Family Services has started an investigation into the deaths. A department spokesman said DCFS had no prior contact with the family.