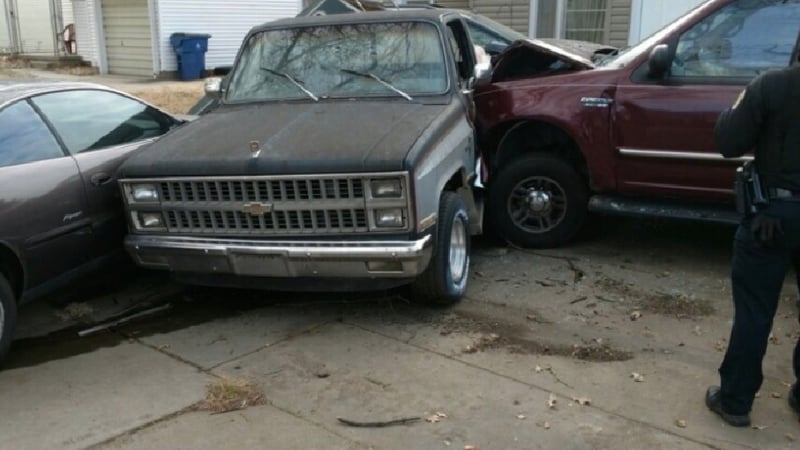 Residents in a south Wichita neighborhood want the city to put in a stop sign after an SUV plowed into their driveway last month.

The problem area is the intersection of Clark and Green north of Pawnee.

"I heard a loud noise and it sounded almost like he actually hit the gas and just barreled through the yard and hit the vehicles," said Steven Schommer.

He had just laid down when he heard the bang.

"I came out of the house and was expecting to see cars in the intersection all mangled up, and everything was right in my front yard," said Schommer.

Broken glass and debris are still in the grass. He said the vehicles in his driveway are now totaled.

Schommer says he wants the city to put in a stop sign so drivers will pay closer attention.

"This intersection is very dangerous, "said Schommer. "Most people enter this intersection at 30 miles an hour without even thinking that someone's coming from the other direction."

He's even willing to start a petition for the city to put the sign in.

"It concerns the whole neighborhood," said neighbor Claude Hephner, "They're [drivers] are just in a hurry to get somewhere and they don't care what happens in between."

KAKE News reached out to the City of Wichita's Traffic Engineering, and is waiting to hear back.