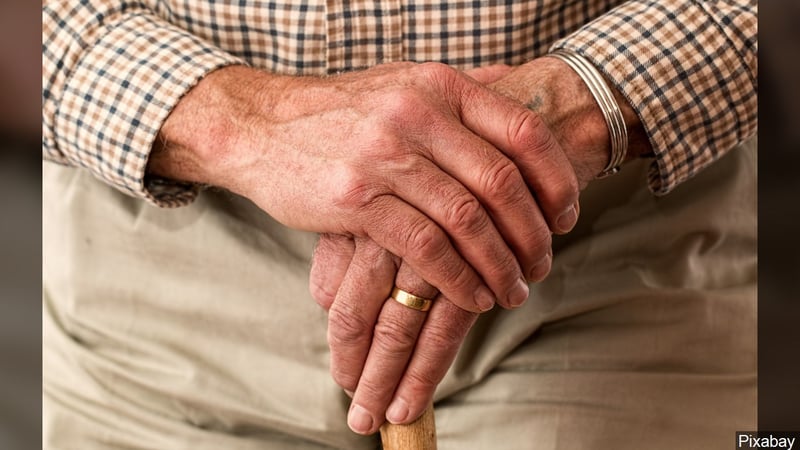 A Camp Hill man is facing charges after he allegedly assaulted an elderly victim he was caring for as a home health aid.

Anatoli Harlamov, 58, is facing aggravated assault, neglect of care, and simple assault among other related charges for his role in the incident.

On January 1, 2020, police responded to a victim who fell inside her apartment in the 800 block of Lisburn Road in Camp Hill.

Police found that the victim had serious injuries to the face and head, which included swelling and lacerations to the right side of the face and the back of the head.

The victim was transported by EMS to a local hospital, where they had hemorrhaging in the brain and underwent neurosurgery.

Police spoke with a EMS worker, who said that they felt that the victim may have been assaulted.

After helping an EMS worker retrieve their coat inside the apartment, police noticed blood on the front door as well as blood on the walls in the living room.

Authorities also noted blood spatter on the ceiling in the living room above where the victim was found.

Police spoke with a home health aid that alternated care of the victim with Harlamov.

That aid told police that she received several phone calls from Harlamov on December 31 between 9:00 p.m. and 10:00 p.m.

The aid said that Harlamov sounded intoxicated and was ranting about how lonely he was and that he would be staying at the victim’s residence for the evening, according to the criminal complaint.

Between 5:00 a.m. and 5:30, the aid received approximately 8 phone calls from Harlamov, but did not answer.

Around 6:00 a.m., Harlamov called again, and the aid said she did answer this call.

According to the criminal complaint, Harlamov told the aid that the victim had fallen and he was having a tough time picking her up.

The aid said she explained to Harlamov how to get the victim off the floor properly.

Around 8:00 a.m., the aid said that Harlamov called again saying the victim was still on the floor and he could not pick her up.

At this time, the aid headed to the victim’s apartment and found her lying on the floor.

That aid felt the victim was badly injured, and called 911, according to the criminal complaint.

Police located Harlamov at his mother’s residence, and spoke with him.

He is only fluent in Russian, and was interviewed by an officer who is fluent in the language.

During their time in the residence, police saw a pair of black sweat pants hanging from the shower curtain in the bathroom on the second floor.

According to the criminal complaint, the pants appeared to have been recently washed.

Police also found a black-tshirt and some other items of clothing on top of a storage container.

Harlamov told police he was wearing the items of clothing during the incident.

While in the kitchen, police found a metal thermos with drops of blood on it.

Authorities also found a drop of blood in the bath tub, after executing a search warrant on the residence.

Harlamov was taken into custody, and interviewed at the Lower Allen Township Police Department Headquarters.

During that interview, Harlamov admitted to being the only person in the apartment with the victim, and to have been drinking heavily on the night of the incident.

Harlamov told police that the evidence showed he assaulted the victim, so he must’ve done it, but he couldn’t remember, according to the criminal complaint.

He also told police about “exploding” and being very angry at the victim for the way she treated him.

Later, Harlamov admitted to assaulting the victim, but couldn’t remember how he did it and that he “prayed to God for forgiveness the morning after.”

He also admitted to police that he disposed a blood soaked pillow and bloody napkins in the buildings trash chute.

Now, he is facing charges.