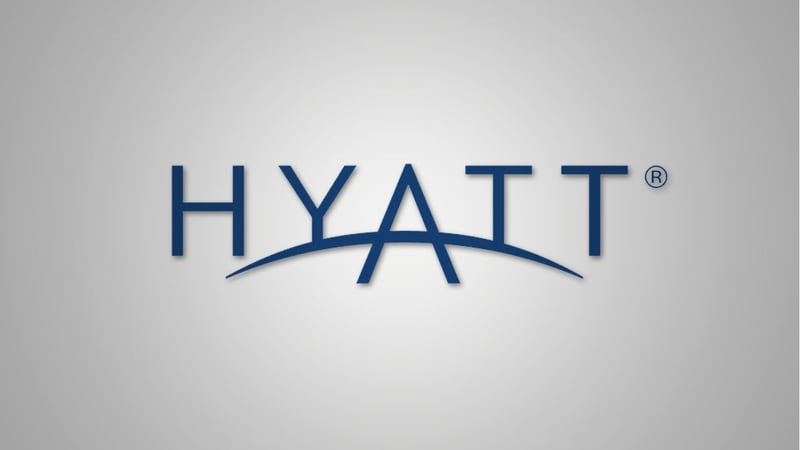 The downtown Wichita hotel, which has been beige since it was built 22 years ago, is getting freshened up with a new coat of gray paint.

"I think the color is going to be much more identifiable and suitable for the building," said Tom Conner, director of marketing and sales at the Hyatt.

Shelby Reynolds of the Wichita Business Journal says that crews have been tasked with painting the 18-story hotel tower, along with the adjacent five-story parking garage. It's no small job — work on the project started in November and will finish in January, pending the weather.

With 303 rooms, the Hyatt lands at the top of the Wichita Business Journal's yearly list of area hotels and motels. The list, ranked by number of rooms in 2019, will appear in the next weekly edition of the WBJ.

We can expect to see some new additions to the list within the next few years, with several new hotel projects that are now wrapping up or under construction:

While construction begins on several new hotel projects, Wichita's longest-running hotels face the challenge of staying up on the latest trends.

The Wichita Marriott off Webb Road and Kellogg, which ranks second again on the WBJ list with 295 rooms, is finishing up a large-scale renovation project that totals nearly $15 million. That includes room renovations and upgrades to the pool and fitness area, new plumbing and heating, ventilation and air conditioning systems.

Nearly two years ago, crews completed a $2-million interior renovation at the TownePlace Suites by Marriott near Webb Road and K-96. The 82-room hotel, which is 17th on the list, was outfitted with new furniture, flooring and decor in the rooms and lobby.

Phil Ruffin purchased the Hyatt Regency from the city in 2017. The hotel, which sits on the east bank of the Arkansas River, will be a key piece in the making of a master plan for the area, which also includes the adjacent Century II performing arts and convention center.

For now, Conner said there aren't any other projects on the books for 2020 — just the new paint job.