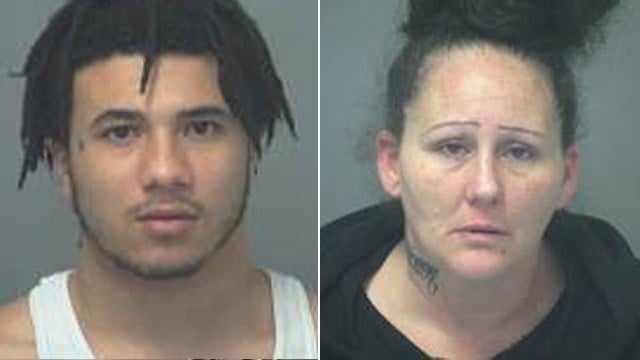 Police in Arkansas City say they've arrested two people accused of stealing Christmas gifts from the trunk of a car.

The incident happened in the 300 block of North A Street. The victims told police on December 18 that the toys were in the trunk of their car in order to conceal them from their children. Loss was estimated at $160.

"The stolen items were purchased locally, so an officer contacted the store where they were purchased and made employees aware of the theft, in the event the items were returned for money," the Arkansas City Police Department said in a news release.

The officer learned last Friday that two of the items had been returned to the store for a refund. The officer used surveillance video to identify Clark, who was located and interviewed.