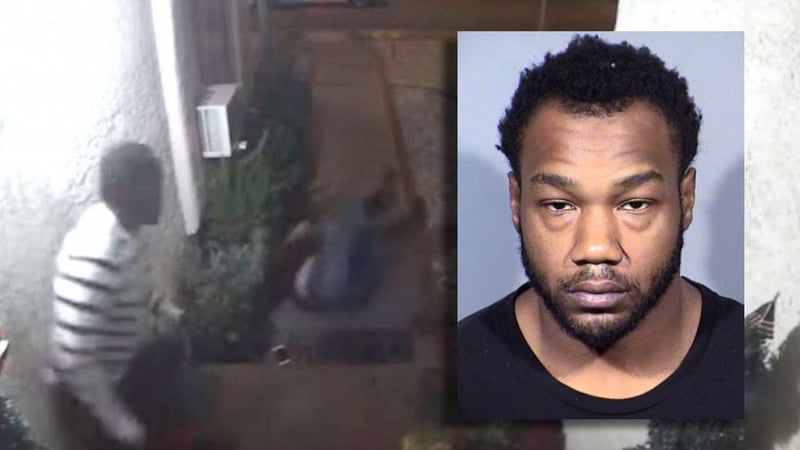 Las Vegas police have arrested a 23-year-old man who was allegedly seen on a doorbell camera kidnapping and assaulting a woman.

A resident in a neighborhood south of Downtown Las Vegas reported the incident to police after their doorbell camera recorded the incident shortly after midnight on New Year's Eve.

In the video, a woman is seen running up to the house, where she bangs on the door and screams for help.

In the background, a man, identified by police as Darnell Rodgers, jumps out of a white sedan and sprints up to the woman. Rodgers, 23, grabs the woman and throws her to the ground, then kicks her in the stomach, sending her tumbling down the steps.

"Why would you do that?" he shouts, swearing at her as she sobs.

Police said the incident appears to be a domestic violence situation.

He then pulls the woman to her feet, shouting at her to "get in the car" and swearing at her, before he drags her down the walkway into the car.

The full video, which contains violence and coarse language, was posted to YouTube by Las Vegas police.

Rodgers was arrested Thursday morning for kidnapping and domestic battery charges. He is currently at the Clark County jail.

The identity of the victim was not released, but she was found and is safe, police said.