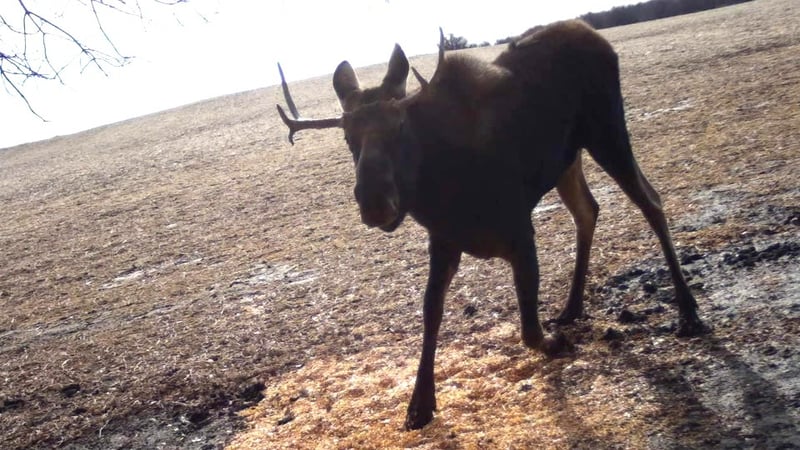 Residents in north-central Kansas are ringing in the new year with a rare wildlife spotting:  a moose traveling through the state.

"What a way to kick off 2020!" Christina Ray-Strutt wrote Wednesday in a Facebook post with photos and video of the moose near Scandia.

"What a beautiful creature!" she said. "Hope he gets far enough northwest to find others! Happy New Year to all our family and friends!!"

Caleb Mahin posted to Facebook photos of the moose caught on a trail camera northwest Belleville Wednesday night. That's about 10 miles east of the previous sighting near Scandia. The first sighting on December 20 was about 20 miles northwest of Scandia.

Caleb said the moose again stopped near the trail cam on Thursday.

The animal followed the Republican River down into Kansas from Nebraska, according to KTKA. Prior to the first sighting last month, the last time it happened was when a bull moose wandered into the state in 1989 on its way to Oklahoma.

Officials warn that if you do see a moose, to not approach it and be mindful of people’s property, according to the report. They also remind people that it is illegal to hunt moose in Kansas.

According to PBS, moose in North America are typically found in Alaska, Canada, the northeastern United States and as far south as the Rocky Mountains in Colorado.

WDAF contributed to this report.