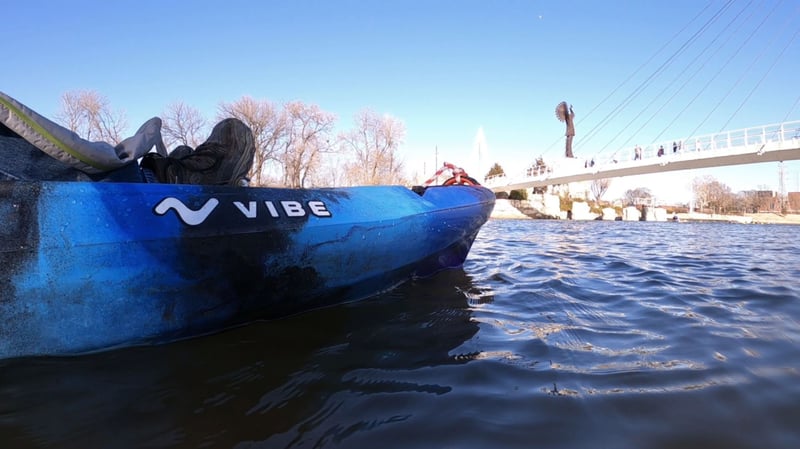 Most people spend New Year’s at parties or at home with their families, but one group decided to change it up this year.

“It’ll be nice once we get out on the water, it’ll be a big spectacle floating down to the Cowtown,” said Randy Jason.

“I’m a captain of the sea I feel like when I’m on the water, so yeah. Just enjoying the day. Love it,” said Brett Grier.

Jason and Grier decided to join dozens of others in downtown Wichita with the Ark River Coalition at their annual New Year’s Day float, where they set off on a one hour voyage.

“Once we get on the water, there’ll be cars honking and everything else. Sorry if we cause a few accidents today,” said Jason.

With high winds and choppy water, the trip became a bit tiring for many of the kayakers, but half way through, a voice of encouragement could be heard from the bridge above.

While on a bike ride with her Mom, a four year old girl named Abigail who is a complete stranger to the kayakers, insisted they stay so she could cheer each of them on to the end.

“Yeah! We get to say hi to them, and we get to encourage them, and it’s a great way to be outside and spend the new year,” said Sarah Wine, Abigail's Mother.

Two and a half miles later, the kayakers found themselves right in front of Cowtown, ringing in the new year with smiles on their faces and a Wichita flag in their hands.