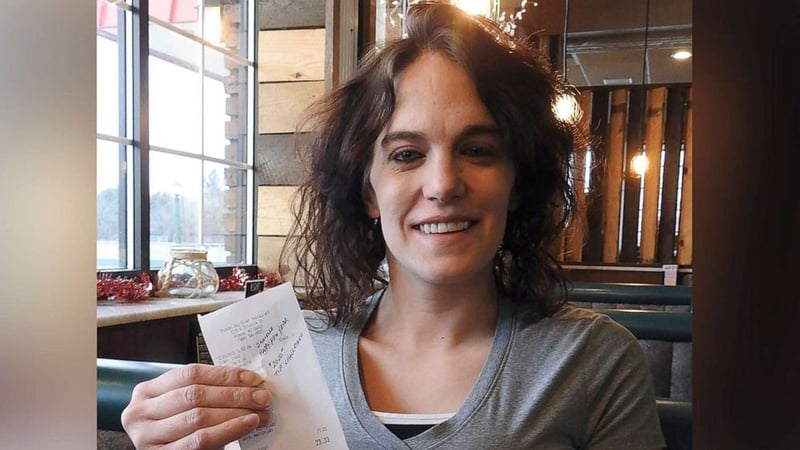 A single mother was able to ring in the new year with one less thing to worry about after she received a generous tip from two customers who frequent the Michigan restaurant where she works.

Danielle Franzoni, 31, was in "complete shock" after discovering that two regulars at the Thunder Bay River Restaurant in Alpena -- about 250 miles north of Detroit -- left her a $2,020 tip on a $23 tab just before New Years Eve, ABC Detroit affiliate WXYZ reported.

On the receipt, the patrons wished Franzoni a Happy New Year and referred to the tip as the "2020 Tip Challenge."

"I started crying," Franzoni told WXYZ, adding that she asked her manager if the tip was real. "That doesn’t happen to people like me."

Franzoni is currently trying to regain custody of her three children after overcoming an opioid addiction and two years of sobriety, according to WXYZ.

At one point, she was living at a homeless shelter, and she moved from Detroit to Alpena with nothing on but the clothes on her back.

The unexpected windfall has helped now her as she moved into her own home on New Years Eve.

Franzoni said she'll also use the money to obtain a driver's license -- a privilege she hasn't held for 10 years that will allow her to see more of her children and soon teach her teenage daughter how to drive.