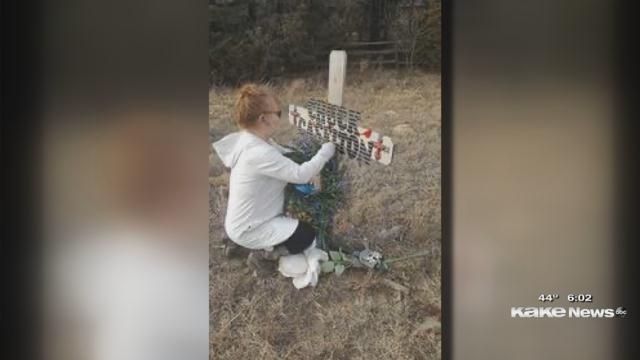 A Kansas woman wants to share her father's story on New Year's Eve. He was killed by an impaired driver and hopes sharing his story will stop others from making the wrong decision on the road.

"It's something that you wake up with every day," said Heather Hulett, Caselton's daughter. "You try to live the best way... the way that he would want me to."

62-year-old Charles Caselton loved motorcycles and was riding in Hutchinson in January 2017 when he was hit and killed. Now his family is left with pictures and memories.

"Always making me laugh," she said. "I mean that was the big thing. He could turn a sad situation into hysteric laughter. I miss that about him so much."

Talking about him is painful but she wants to do it. Since her father was killed she's met others through various organizations including Mothers Against Drunk Driving. She's hoping talking publicly will stop others from drinking and driving, especially on New Year's Eve.

"We talk about him every time we get together," she said. "We just got through Christmas and Thanksgiving. That's how we keep him alive."

Last week, the Kansas Highway Patrol said troopers arrested six drivers for DUI in the state of Kansas. That's down from 10 in 2018 and 11 in 2017.

Hulett calls it progress that she hopes will continue into the New Year holiday.

The woman who hit Caselton pleaded no contest and is serving a sentence. Hulett said the family has forgiven her, because it's the only way they were able to move forward and it's what her father would have wanted.