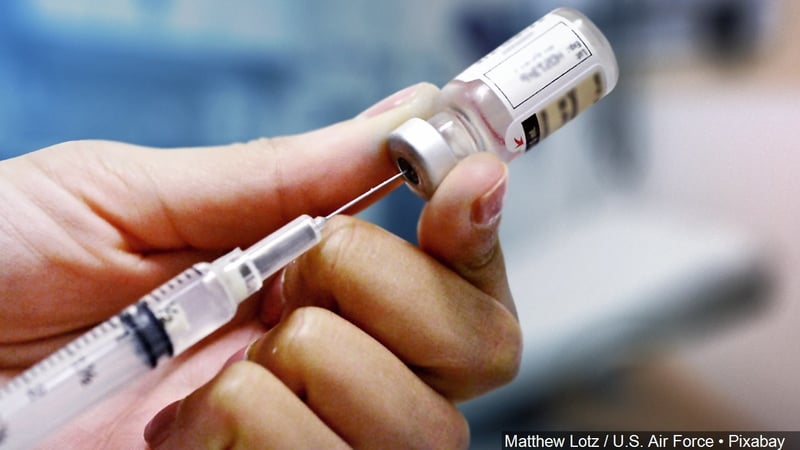 Public school students in Seattle have until January 8 to get vaccinated or they cannot return to school, according to an announcement by the city's school system.

"We are doing everything we can here -- at this sprint to the finish line -- to get as many students up to date as possible," Robinson told KCPQ. "We don't want anybody missing out on any educational time."

Robinson told CNN affiliate KOMO-TV the schools have a plan if students don't get vaccinated by the deadline.

"If a student comes to school on the 8th and their records aren't up to date, they'll just be held aside, their parents or guardian will be contacted," Robinson said.

Should a student miss school because they're lacking the immunization requirements, their missed days will be counted as unexcused absences, the school system said.

Last May Washington legislators passed a bill -- which became law in July -- that says families can't use personal and philosophical reasons to avoid having their children vaccinated with the MMR (measles, mumps and rubella) vaccine, according to the Washington Department of Health.

The bill's passage followed a measles outbreak in the state earlier this year that prompted Gov. Jay Inslee to declare a state of emergency.

"All we want is for all people in our schools to be able to come in to school and not worry about getting a disease that is a vaccine preventable disease," said Sami Hoag, Seattle schools student health services manager.

Mary Gomez Camba told KCPQ she received a letter from Seattle schools requesting the update to her son's immunization records.

"I didn't know that he didn't have his vaccination in the records until I got a letter from the school saying that he needed to be vaccinated," she said. "We've been trying to schedule this with our doctors. But with work, it has been incredibly difficult."

Pon Voatsay told KOMO his family had just moved from Florida and got their notice from the district a couple weeks ago.

"Disease can be spread among kids — especially a bunch of kids together in the same place," he said. "I'm concerned about my kids' well-being, so whatever is needed I will get it."