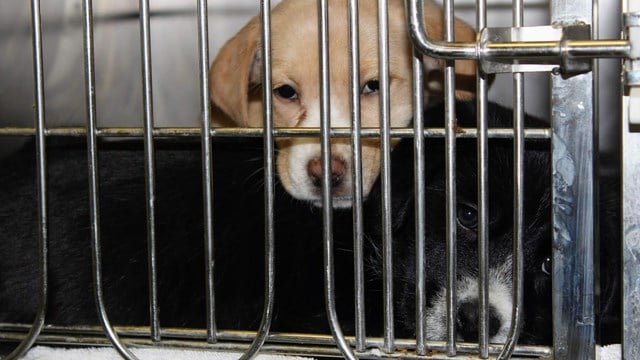 Federal rules signed into law in November promised strict bans on animal cruelty. They made it illegal to burn, crush, impale, drown or otherwise inflict “serious bodily harm” on an animal.

The new law didn’t deal with neglect or cover every act of abuse, but it drew accolades from a range of animal welfare groups.

But the Preventing Animal Cruelty and Torture Act, or PACT, applies only on federal land or to animals transported from abroad or across state lines.

That’s left some animal welfare groups in Kansas frustrated about the inability to prosecute some abuse cases.

“I thought we’d be able to get people when it’s obvious, when it’s very evident that they are neglecting or hurting or have beat(en) animals,” said Nikki Spanier, the marketing manager of the Finney County Humane Society Spanier in Garden City.

“Although all 50 states have felony penalties for animal cruelty, prior to the PACT Act’s passage, there was no federal law that protected animals when abuse occurs in places where the federal government solely has jurisdiction,” the American Society for the Prevention of Cruelty To Animals, or ASPCA, said in a statement. “The PACT Act bridges this gap.”

“There are some state prosecutors that don’t have the resources, at times to bring a case to fruition,” said Midge Grinstead, the senior state Director for Kansas for the Humane Society of the United States. “There are more efficient ways for a federal prosecutor to bring a case that occurs in multiple jurisdictions than it would be for a local jurisdiction.”

Jim Cross, a spokesman for the U.S. Attorney’s office in Kansas, said the office has had one case involving animal abuse in the last 10 years. He doesn’t know if the new law will generate more federal prosecution.

Cross said that dozens of fighting dogs were seized from gamblers in rural parts of Kansas City after an FBI investigation in 2013.

The men involved pled guilty to “transporting animals for participation in an animal fighting venture,” according to a statement from the U.S. Attorney in Kansas. Ultimately, both men were sentenced to several months in prison and fined nearly $430,000.

Now, if the FBI were investigating a drug case and discovered an animal fighting ring, the agency would not open two cases.

Although the PACT Act federally criminalizes some animal abuse, the lack of animal abuse statistics makes it difficult to pinpoint how common the crime is.

Nationally, animal abuse statistics are tracked by the FBI as part of the agency’s National Incident-Based Reporting System. In 2018, the NIBRS tracked animal cruelty as a subcategory. No reports of animal abuse in Kansas were included.

“In one survey, 71% of domestic violence victims reported that their abuser also targeted pets,” according to the Humane Society’s website.

Despite the lack of animal abuse numbers, the Finney County Humane Society shelter keeps tabs on people who surrender neglected, hurt and abused animals by adding them to a do-not-adopt list.

“If they’ve done it once, they’re more than likely going to do it again,” Spanier said.

Spanier sees a lot of abused animals come through the Finney County Humane Society —  this year that’s included three chihuahuas shot at close range within a week of each other —  and said it’s getting worse.

“We have dogs that come in … and their fur is so matted that they cry when they walk because there are stickers embedded in (their fur).”