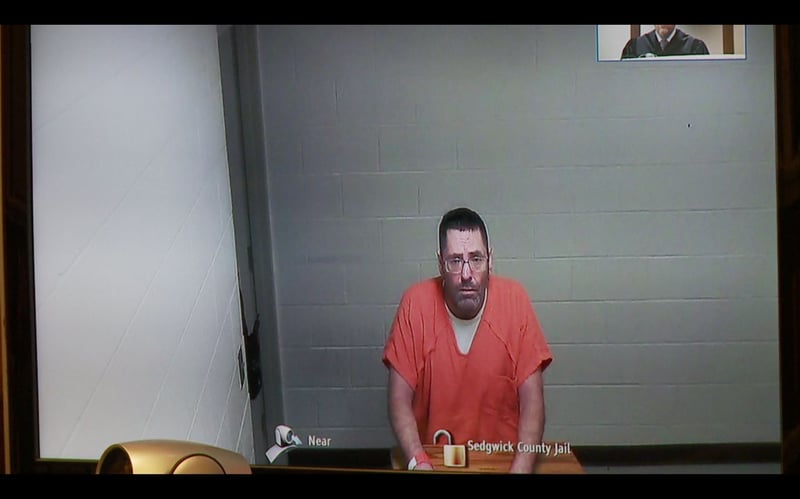 Included in Monday’s first appearances at the Sedgwick County Courthouse was a man accused in the death of an elderly Wichita woman, and he’s now being charged for her murder.

Rita Golden was found unresponsive in her home in the 2700 block of East 10th street on July 15th and was pronounced dead on the scene. John Pepper was arrested one day after the the 72-year old’s death.

According to the autopsy report, for about 2 weeks before her death Golden had been letting a homeless man stay in her yard, who would occasionally come into her home. District Attorney Marc Bennett confirmed to KAKE News that man was Pepper.

The autopsy ruled her death as a homicide.

On Monday, Pepper was charged with 1 count of Capital Murder, which is defined by KSA 21-5401 as an intentional and premeditated murder
committed:
a) During the commission of a kidnapping;
b) Pursuant to a contract/agreement to kill;
c) By an inmate or prisoner confined in a prison/jail;
d) Against a victim of rape or Aggravated Criminal Sodomy;
e) Of a Law Enforcement Officer;
f) Of more than one person as part of the same act;
g) Of a child under 14 during a kidnapping when committed w/intent to commit a sex offense.

Pepper’s bond is set at 1 million dollars and his next court date is scheduled for January 16th.