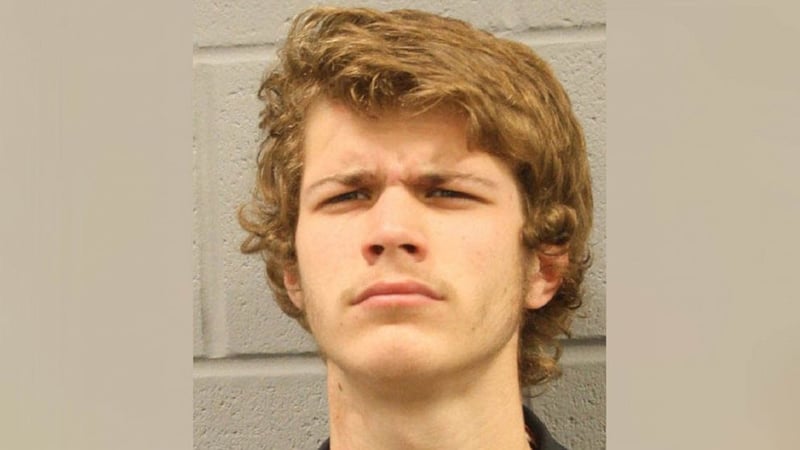 A 20-year-old has been arrested for allegedly stabbing his great-grandparents and Texas authorities say it was his 12-year-old brother who jumped in to stop the assault.

Suspect Lucian Johnston was in the car with his great-grandparents Sunday night when an argument broke out, according to the Harris County Sheriff's Office.

Johnston, who was sitting in the back seat, allegedly took a pocket knife and started stabbing his great-grandparents in the head and neck, officials said.

Johnston's 12-year-old brother, who was also in the back seat, "managed to wrestle the knife away from Johnston & threw it out the window, which successfully stopped the attack," Harris County Sheriff Ed Gonzalez tweeted Monday.

The sheriff called the 12-year-old a "hero" who "truly prevented a double-murder."

Update: the adults are actually his great grandparents. Both are recovering well. The real hero in this ordeal, is a 12-year-old that was also in the backseat at the time of the brutal attack. He managed to wrestle the knife away from Johnston & threw it out the window, which https://t.co/DCihnMh2xi

The victims -- a 92-year-old woman and her 76-year-old husband -- suffered non-life threatening wounds and are expected to fully recover, officials said. They have been released from the hospital, authorities said.

But Johnston fled the scene and was at-large through the night, authorities said. Police were searching for Johnston Monday morning in a subdivision when he was spotted behind a home; he was taken into custody without incident, sheriff's officials said.

The violence started after the great-grandparents told Johnston he could no longer stay at their home because of his "behavioral issues," Harris County Sheriff's Sgt. John Klafka said at a news conference Monday.

The great-grandparents were dropping him off at a friend's house and the great-grandmother told Johnston he couldn't return until he was evaluated by a doctor, Klafka said.

The 12-year-old was not hurt, Klafka said.

Johnston faces two counts of aggravated assault with a deadly weapon, authorities said. He is due in court on Tuesday.