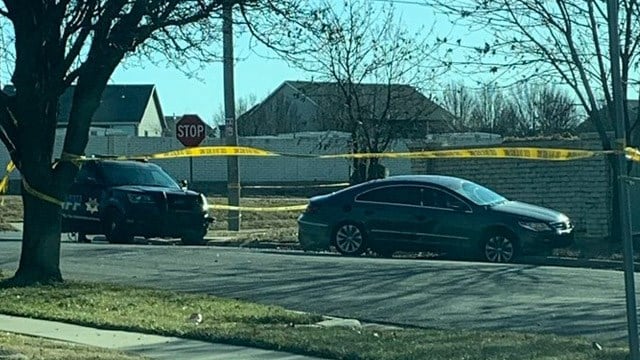 It took a while after a deputy-involved shooting on Mt. Vernon at Webb Road for neighbors to realize what had happened just outside their door.

"It was kind of angled towards the sidewalk and then surrounded by police cars," España said, describing where the suspect's vehicle was, just around the corner from his house.

Hours after witnessing the shooting, España remains a bit shaken up.  He says he didn't realize what was going on when he first heard the sirens.

"The window's, like, right next to the street.  So I went and looked and I saw police.  I didn't know what was going on at the time," he said.

España says he couldn't see much beyond the lights of the squad cars, but he heard everything.

"I just heard the police yelling, like, 'Get out of the car!' and then I heard gunshots," España said.

Like many in the neighborhood, his father, Jaime España, at first dismissed the disturbance thinking it wasn't anything to be concerned about.

"I just woke up and saw the police lights that were flashing in my room.  I didn't think anything about it and went back to sleep," Jaime España said in Spanish.

Both of the Españas say an officer involved shooting is not what they expect in their neighborhood.

"This area seems safe," Jaime said in Spanish.  "This is the first time that I've seen something like this."

"Nothing really goes on in this neighborhood," Ludwing España said.  "It was just a coincidence that it happened here."