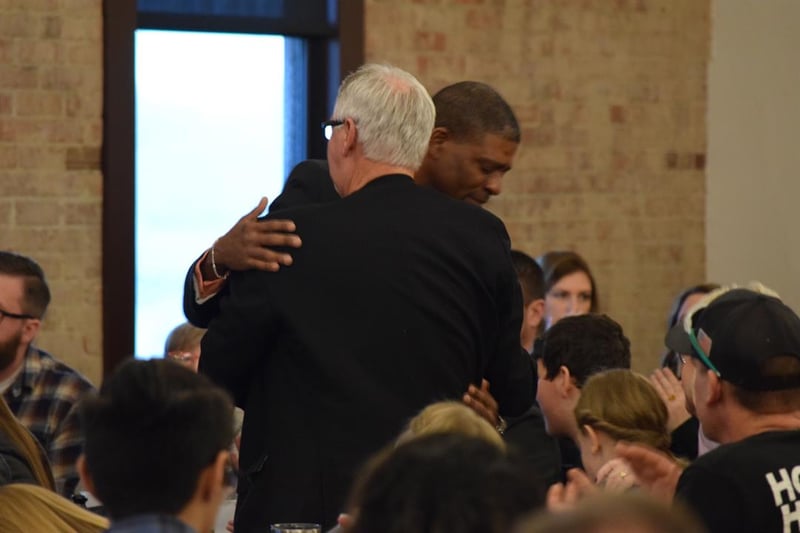 Sheriff Randy Henderson, retired, hugs Michael Hill, a former inmate who now works at the Reno County Correctional Facility helping other inmates get their lives back on track. 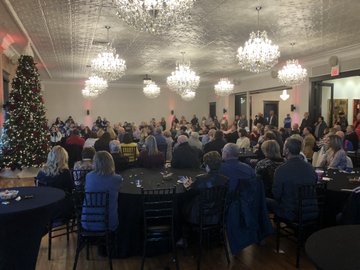 Hill was one of hundreds who gathered in a Hutchinson ballroom to honor Henderson. 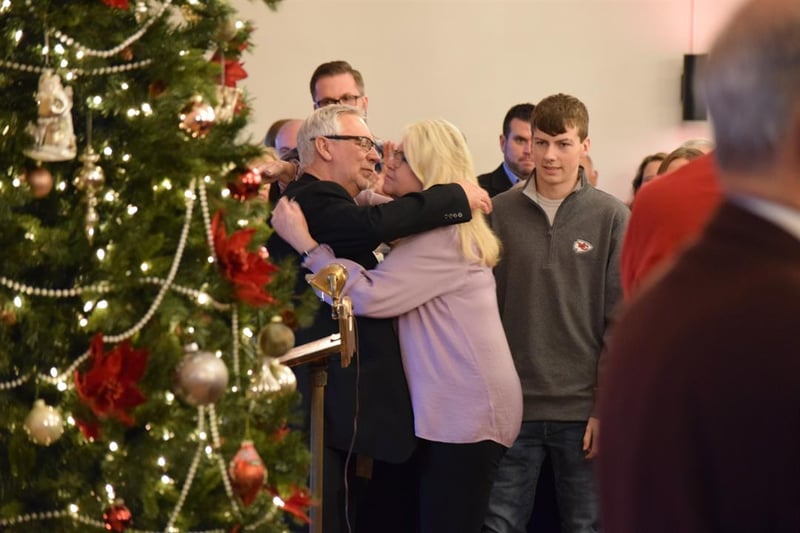 Henderson hugs his wife during a standing ovation, the second of the day, at the end of Sunday's retirement party. 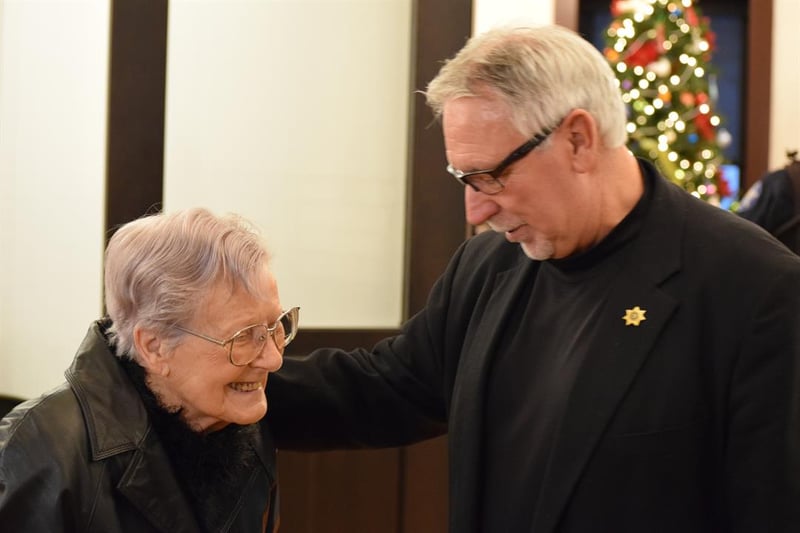 Henderson with his mother, who's kept scrap books documenting all 43 years of his professional career. 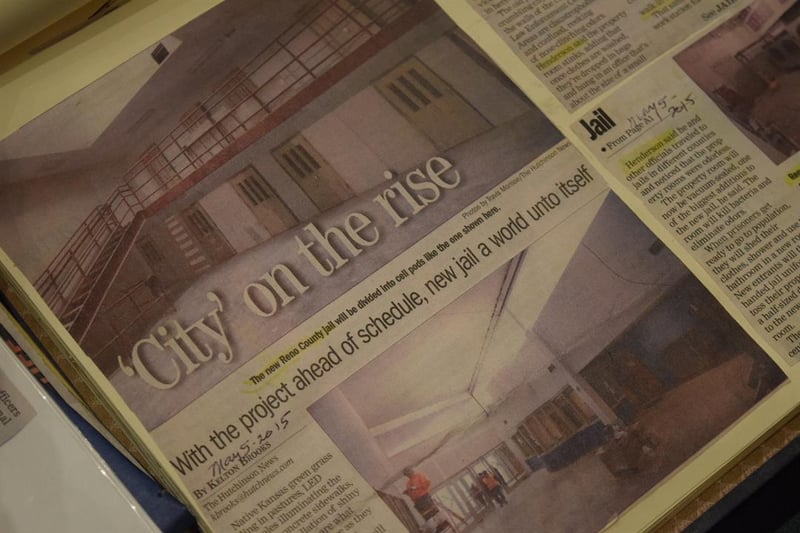 It was an emotional goodbye to a Kansas sheriff Sunday afternoon, as hundreds honored him for his commitment to the law and second chances.

"Sheriff Henderson has arrested me, sent  me to prison, and restored my life," Michael Hill told the gathered crowd.

For 43 years Sheriff Randy Henderson enforced the law in Reno County.  He did it so well even former convicts came to honor him at his retirement party.

"Sincerely, Sheriff, I thank you for all you have done,"  Hill said.

"Thank you," was a phrase heard over and over again Sunday.  It came from the predictable sources, fire chiefs, police captains, FBI agents.  It also came from former drug addicts and convicts, once prisoners in the Reno County Correctional Facility.  They're men and women who credit the retiring sheriff with giving them the second chance they needed.

"I know that he was watching me, all the hard work that I did," Hill said.

"I had no experience working with law enforcement, except for running from them," Hill told the laughing crowd, describing his initial reaction to the job offer.

The emcee egged him on.

Hill now considers those law officers his friends and extended family.  In his new job as program director at the jail, Hill helps other  inmates get an education while behind bars.  Then he connects them with the resources they need to stay out of trouble once released.

"Because of people like the sheriff we... we're given another opportunity," Hill said.  Pointing to the plaques, certificates and other mementos some had given Henderson at the party, he added, "The only thing I have for him is my word that I will continue his legacy."

"I screwed up a lot on  Hutch PD," Henderson said, when asked about his penchant for second chances.

He says giving second chances is just his way of carrying on the legacy his chief gave him years ago, when he served on the Narcotics Unit with the Hutchinson Police Department.

His commitment to second chances guided his decisions when he finally got the chance to build a new jail, incorporating educational and reformatory options throughout the facility.

"Not only bad people go to jail," Henderson said.  "A lot of good people screw up and go to jail.  Why should they be punished forever for that?  Especially when we're talking about drugs."

With those changes, the jail is seeing fewer prisoners on a daily basis and fewer returnees.

"We've had 22 inmates pass the GED program," Henderson said.  "Fourteen of those 22 have never come back to our facility.  And the ones who have come back, have come back for lesser crimes.  So that tells me that something's working. And it's Michael and his group of volunteers, that I cannot speak highly enough about,  that are making that happen."

Some might call the successes he's had with the jail, the crown jewel of his 43 year career in law enforcement.  Henderson calls it a team effort.

"You know, it's very heart warming to hear people talk about you.  But, at the same time, nothing I accomplished could have been accomplished without the other people in that room," he said, adding that a legacy was never on his mind.  "You don't think about this.  I mean, you know you're building relationships as you go.  Yeah, this is overwhelming to me."

But, there's little doubt among those who came to honor him Sunday afternoon, a legacy is what Henderson has built in Reno County.

"A good man can be measured by his successes, whereas a great man is measured by his significance seen by the impact made on those in his life," said Seth Dewey, with Oxford House, an organization that provides employment to those recently released from the jail.

Hill put it another way.

When informed he'd just said that on camera, Hill smiled.