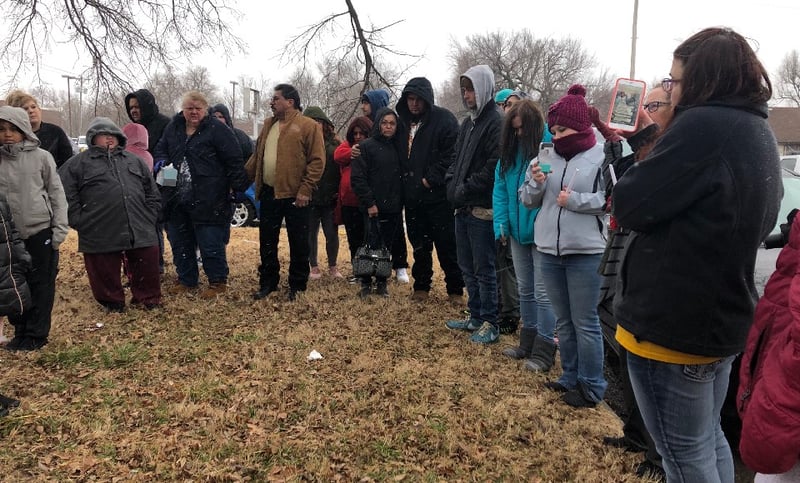 It was a somber day for many as family and friends gathered to honor 41-year-old Melinda Sprague, a mother of three found murdered in her car the day after Christmas.

"If I was having a down day, Melinda would be the first person to say 'keep your head up, it's okay, you're going to make it,'"said Sprague's friend Evelin Hurt.

Sprague disappeared on Christmas Eve. Two days later, police found her car on East Harry Street with her body inside.

"I kind of knew, when they said that she was missing, I kind of had a really bad feeling in my gut," said Hurt.

"After he was out she was telling several of the prison wives that if she ended up dead or missing to make sure the police knew who it was," said Hurt.

She said Sprague and Bey became pen pals while he was behind bars for another murder charge, and Sprague started a petition to get his released.

Police, along with friends, said the killing is a case of domestic violence.

BOTH HURT AND POLICE BELIEVE THE KILLING IS A CASE OF DOMESTIC VIOLENCE.

"They downplay what's really going on in the relationship, and there's really a lot more to it. Sometimes it just takes that time to go visit with 'em and tell them that you really care about them and you want to know what's going on and there's help available," said Captain Brent Allred, Wichita Police Department Commander for Investigations.

Sprague's loved ones said they hope her story will urge others in a dangerous situation to reach out for help.

If you know of someone in a dangerous domestic relationship, Wichita police say please reach out to one of the following resources: