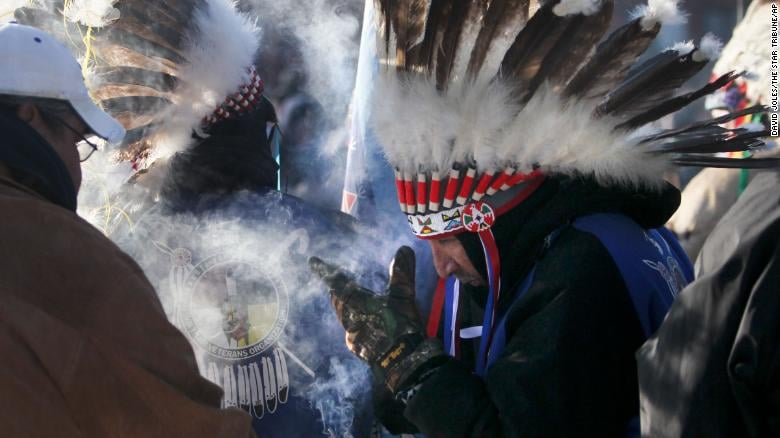 On this week more than 150 years ago, dozens of Native American men were killed by the government in the largest mass execution in US history.

In the Dakota War of 1862, also known as the Sioux Uprising, groups of Dakota (part of the Sioux group of Native American tribes) were angry with the US government over broken land treaties and late annuity payments. Times were tough, too, and Dakota families were starving.

Dakota natives went to war against white settlers in Minnesota, which had just become a state four years prior.

The fighting lasted six weeks, according to the Minnesota History Center. More than 500 white people and 60 natives died in the fighting, the Wisconsin Historical Society reports.

The uprising ended on December 26, when 38 Dakota natives were hanged in Mankato, Minnesota, in a mass execution. The remaining natives were forced to leave Minnesota -- at first being held at a camp and then being sent out of the state.

Originally, more than 300 men were sentenced to hanging by then Minnesota Gov. Alexander Ramsey. The number was reduced when President Abraham Lincoln wrote a letter to the governor, listing 39 names to be hanged instead. One was later granted a reprieve.