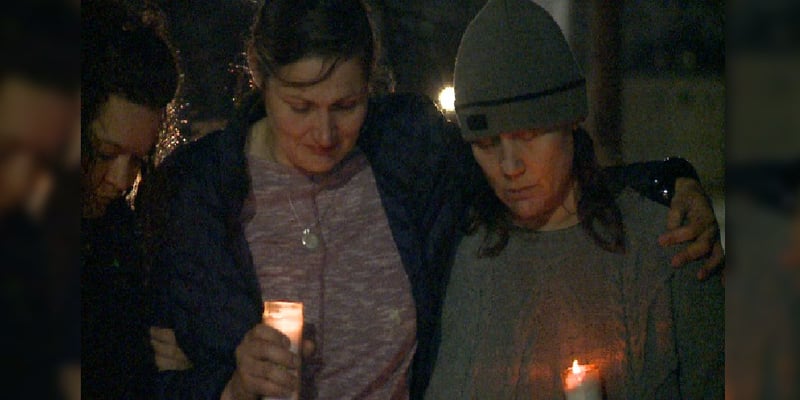 Dozens braved the cold Saturday night to remember 28-year-old Andrew Finch at a vigil held outside of his former home.

Family members said it's still shocking to think back to the incident that happened two years ago.

"I felt a change ripple through my body, I felt the change, said his mother Lisa Finch. Finch said she will continue to fight for change.

"It's just gotten more and more determined. Determination is one word I can use the best of all," said Finch, "This should not have happened, and we cannot let this happen to anyone again."

Since his death, his family has filed at least three lawsuits in the case. Most recently, suing Wichita Police Officers Justin Rapp and Benjamen Jonker, two officers who responded the night of his death.

The family claims the officers were not properly trained to deal with the situation, but the City of Wichita argues that when police officers arrived, Finch didn't follow orders to show his hands, and it looked like he was drawing a weapon.

His mother expressed gratitude to those who attended Saturday night's vigil to remember her son.

"This would be a hard row to tow if I didn't have the support that I've been given," said Finch.