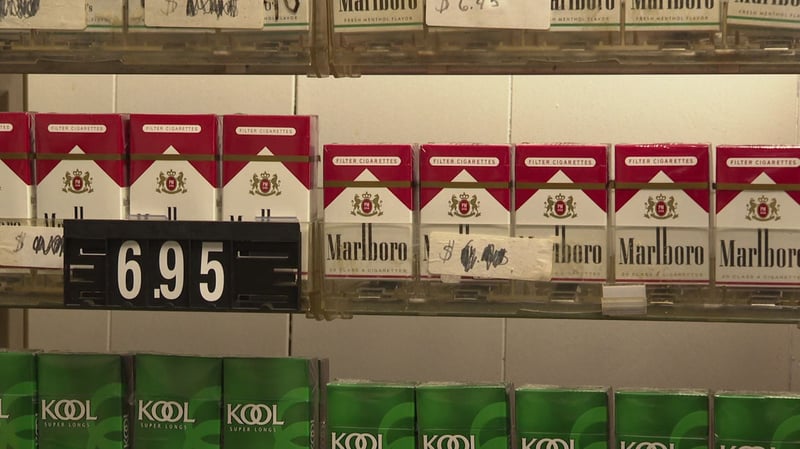 A new bill signed by the President raises the minimum age for buying tobacco products from 18 to 21, but what does that mean for local businesses? Well, that's where there's some confusion, leaving smoke shops all across the country scrambling to get answers. .

After the bill was passed, a notice was posted to the FDA’s website that says,

“On December 20, 2019, the President signed legislation to amend the Federal Food, Drug, and Cosmetic Act, and raise the federal minimum age of sale of tobacco products from 18 to 21 years. It is now illegal for a retailer to sell any tobacco product – including cigarettes, cigars and e-cigarettes – to anyone under 21. FDA will provide additional details on this issue as they become available.”

The problem is there’s no clear guidelines on how and when stores have to transition, and the lawyers of the local shops say they keep finding conflicting reports.

CJ Walker is the owner of Central Smoke Shop. He said he found out about the change on Facebook, and there’s been no communication to him about it.

“I was expecting them to send us some posters or something, raising the age, but they never did. Maybe they will,” said Walker.

Even though they’re frustrated about the lack of communication, some of the local shop owners think this change will be a good thing.

“I do think it’s a good thing. If the age would have been 21 when I was younger to buy cigarettes, I may have never began smoking. If it’s not available to you, that just gives you a little bit more of a chance to stay away from it permanently,” said Schwab.

“Maybe they’re trying to save the youth. Smoking probably is pretty bad for the youth,” said Walker.

19 states and over 500 cities have already raised the age to purchase tobacco products. Shop owners say only time will tell how big of an impact the change will have on overall sales. Until then, they will just have to wait and see.

“We’re waiting until Monday to hear from our lawyer and if he lets us know yes, this has gone into effect in Sedgwick County, then we’re gonna make the change. If it’s immediate, we’ll do it immediately,” said Schwab.