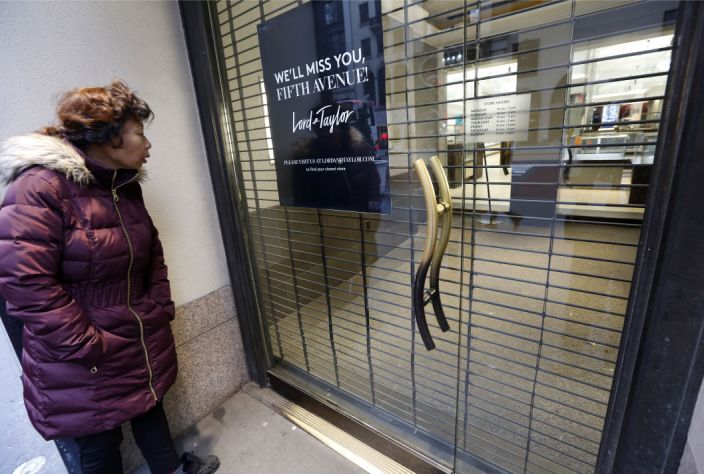 Holiday retail sales jumped 3.4% this year according to Mastercard’s most recent report. Economists attribute the gain to high employment, an increase in wages, and positive consumer confidence.

But, as Yahoo reports, not all retail chains are feeling the holiday cheer.

Jerry Storch is a former Toys 'R' Us CEO. He has also worked as the CEO for the former Hudson's Bay Company. He believes that many department stores are suffering because they are using old business models which have not changed in nearly a century.

“You have a real identity crisis for department stores and I think there’s serious doubt about whether they can make the changes that are required to survive in the future,” Storch explained to Yahoo Finance’s ‘The Ticker.’ “Most of what they’re doing is tinkering around the edges, working harder at the same thing, but that’s not what the consumer wants anymore.

“The consumer is very healthy, but our preferences have changed,” he added. “It’s a little like people who were making stagecoaches when cars came around. You can make beautiful stagecoaches but if that’s not what people are buying then it’s not going to work.”

Storch is referring to the rise and success of e-commerce. This shopping season, e-commerce sales rose nearly 20%, compared to a year ago, according to Mastercard SpendingPulse. Last year, the number as 18.4%. Brick and mortar saw a sales decline of 1.8% during the same period.

When more and more consumers shop online, brick and mortar stores tend to close,  According to Coresite, more than 9,300 stores shut their doors in 2019, up more than 50% from 2018.

To put this in perspective, Storch told Yahoo Finance that the U.S. has about 24 square feet of retailing per capita.  That’s 50% more than Canada and about six to eight times as much as Europe.

“We just have too much retail,” he said. “It’s got to go away and it’s going to go away a chain at a time.”

It is important to note, however, that not every brick and mortar store is suffering. Forward-looking companies that have adjusted their business models are thriving. Storch said some of the retailers that have excelled are Walmart (WMT), Target (TGT), Costco (COST), Dollar General (DG), and TJMaxx (TJX).