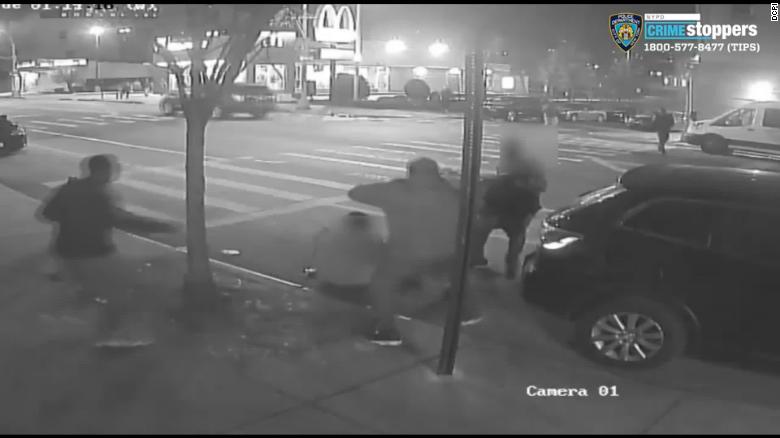 A 60-year-old man who was critically injured when a group of muggers beat him and a friend on Christmas Eve has died. The suspects took off with just $1, police said.

Juan Fresnada suffered bleeding in the brain and had been hospitalized since the attack. He died Friday afternoon, the New York police department said.

Fresnada and a 29-year-old acquaintance were approached by several unidentified males around 1:25 a.m. Tuesday in the Bronx, a police statement said.

A still image from a surveillance video shows two men being attacked and robbed in the Bronx.

Edited surveillance video released by the NYPD captures portions of the violent attack.

It shows one attacker swinging one victim to the ground. In another frame, one victim -- whose face is blurred -- is being punched. A third frame shows an assailant approaching with what appears to be a garbage can in hand.

The suspects have not been identified, and there have been no arrests.