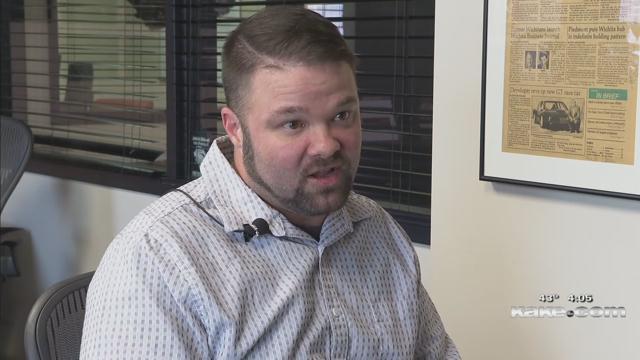 After a 3-inch nitrogen line ruptured leaving plant 3 of the Textron Aviation building in shambles Friday morning, the company is going to have to start looking at the potential impact on their business.

"Until they have a full assessment of the damage and what if anything in that building is salvageable or can still be used it will be tough to say what the impact will be," Daniel McCoy, a reporter for the Wichita Business Journal, "but there will obviously be a impact."

That damage may not be assessed for sometime, so McCoy said anything the company can expect right now is all speculation. Although, it may not be a primary manufacturing plant, experts like McCoy said it will be a big loss.

"That building has played an important role in a lot of the development work they've done over the last five or six years," McCoy said. "Plant three has kind of been an important part of the resurgence of the east side campus for Textron Aviation."

It's used as a composite manufacturing. That work could come to a halt if any of the composites are significantly damaged. This would force them to outsource the work or get it from elsewhere in the company. The plant also played roles in the company's future dealing with developmental and experimental aircraft.

"It was the sight of development for their Cessna Citation Longitude, which is their new, kind of flagship business jet," McCoy said. "It really helped, kind of bring business jet production back to the east side of town."

According to McCoy, delays on projects could go further than just that one.

"The sky courier program, so that's a new twin turbo prop aircraft, they were expecting first flight in 2020 sometime," he said.

However, McCoy said the company is fortunate that it didn't get worse.

"That would have been more problematic from a business standpoint if it had happened on a primary production line," he said.