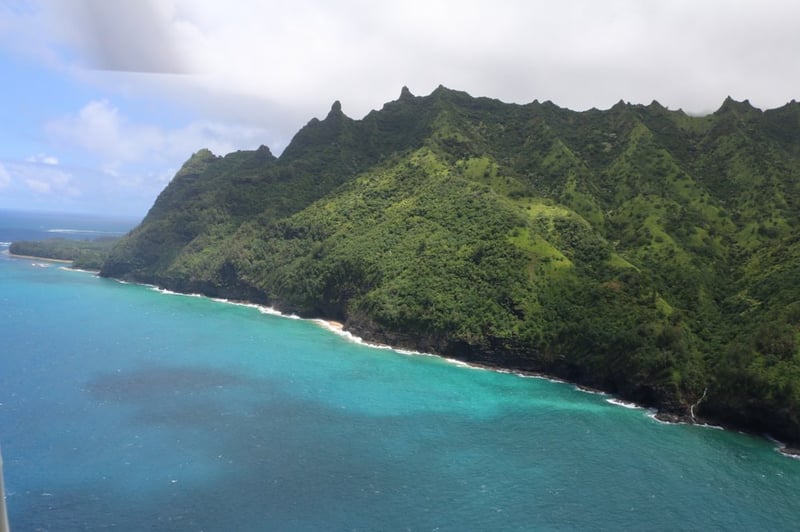 The remains of six people on board a tour helicopter that crashed Thursday on the Hawaiian island of Kauai have been found, officials said Friday afternoon.

Kauai Fire Department Battalion Chief Solomon Kanoho said it appears there were no survivors and the search for the seventh person on board has been suspended due to fog. It will resume tomorrow, he said.

The wreckage of a helicopter carrying seven people to one of the most rugged and remote coastlines in Hawaii was found Friday in a mountainous area on the island of Kauai, authorities said.

Officials said in a news release that they’re sending additional resources and searching for possible survivors of the crash.

Searchers began looking for the helicopter carrying a pilot and six passengers after it was reported overdue from a tour of Kauai’s Na Pali Coast on Thursday evening. Two passengers are believed to be minors, the Coast Guard said.

The helicopter company, identified as Safari Helicopters, contacted the Coast Guard about 6 p.m. Thursday to say the aircraft was about 30 minutes overdue, authorities said.

According to a preliminary report, the pilot relayed that the tour was leaving the Waimea Canyon area about 4:40 p.m., which was the last contact with helicopter, Kauai police said.

A person who answered the phone at a number listed for Safari Helicopters declined to comment and hung up.

The Eurocopter AS350 lifted off from the town of Lihue, Federal Aviation Administration spokesman Ian Gregor said.

The helicopter has an emergency electronic locator, but no signals were received. 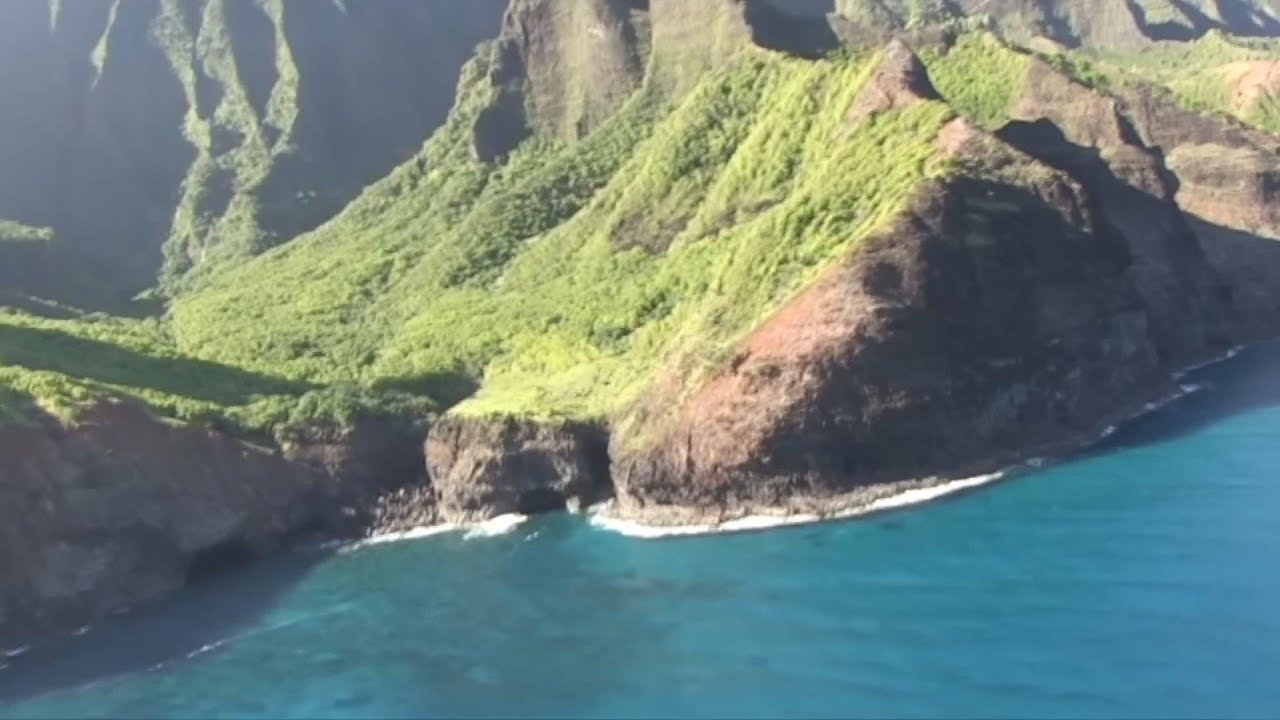 Local fire officials planned to conduct their own search. Commercial helicopter companies and ATV crews were also being deployed.

The Na Pali Coast is one of the most dramatic and sought-after destinations in Hawaii was featured in the film “Jurassic Park.” Towering mountains with deep ravines and huge waterfalls make up the interior of the uninhabited state park. Red rock cliffs with thick jungle canopies rise from the Pacific Ocean to over 4,000 feet (1,219 meters) high.

“During the winter, flash floods frequently close the trail out of safety concerns,” he said. “It has numerous streams that can rise very fast.”

The weather is the primary challenge to any search-and-rescue operation in the area, Dennison said.

“You can have very low ceilings. You can have fog and cloud banks that move in very quickly. You can have heavy rain” and strong winds that “make flying difficult if not impossible at times,” he said.

The shoreline has beaches that could potentially serve as emergency landing zones, but they are “few and far between,” Dennison said.

And even the beaches that are there would be a tight spot to land a helicopter.

Finding a safe place to land in the interior wilderness would be much more difficult, Dennison said, and searching those areas from the air is also a challenge.

“It’s such a vast area with so many ins and outs and pockets of vegetation,” he said. “It’s just really hard to see from the air through the heavy canopy.”